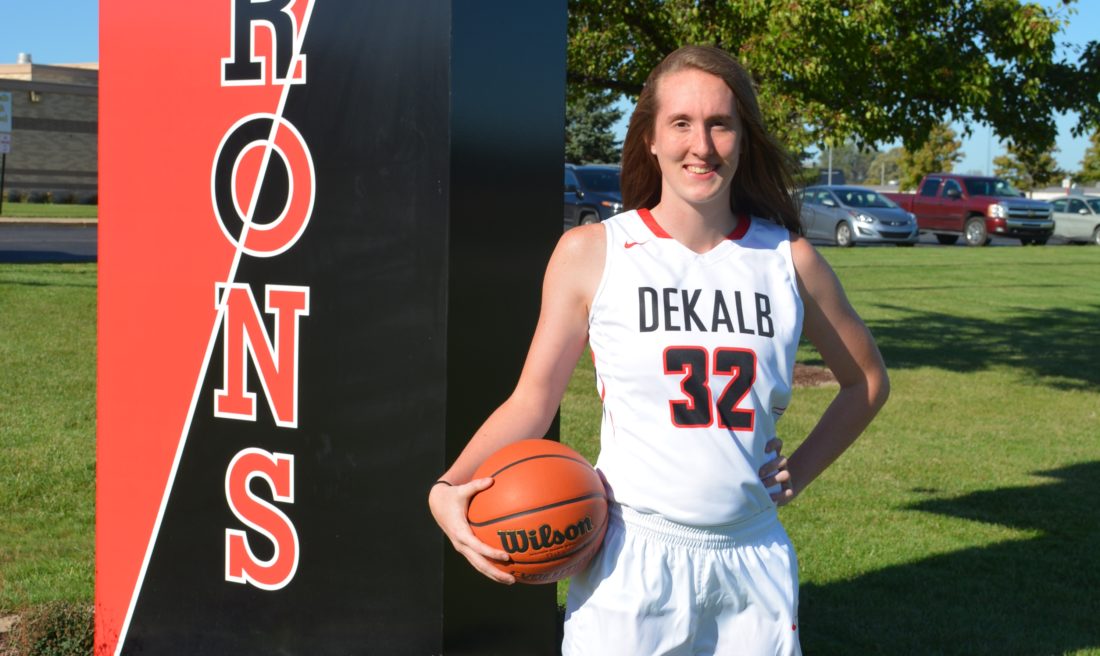 DeKalb's Leigha Brown scored 54 points Friday against Lakeland, the second highest total for any area girl ever. (Photo by Dan Vance of news-sentinel.com)

Opening Friday night of high school basketball season has come and gone, with the big winner being the North Side girls. The Legends held late control of a back and forth encounter with Whitko, pulling out the 46-42 win. It was North Side’s first season opening win in 11 years when current Snider coach Greg Friend was the head man at the school.

Sophomore Ja’Shanek Brooks had 18 points and 13 rebounds as one of two North Side players with a double-double. The other was the 10 point, 10 rebound effort from junior guard Nya Coleman.

DeKalb’s Leigha Brown tallied a career high 53 points and added 24 rebounds as the Barons beat Lakeland 73-60. The mark was impressive, the second best point total in area girls prep hoops history, but not even a program best. MaChelle Joseph scored 57 points in a win over Bluffton on January 12, 1988; she is now the head women’s basketball coach at Georgia Tech. Brown, after two games, is averaging 44 points per contest this season.

“I was just focused on doing whatever I could in order to help the team win. The game was a faster pace so I was able to get out in transition a few times and drew some fouls and my teammates did a really good job of hitting me on the fly in the open floor,” Brown said after the game.

Sophia Pierce scored 19 points with an array of jump shots and runners, showing the diversity in her game as Leo beat Heritage 50-21.