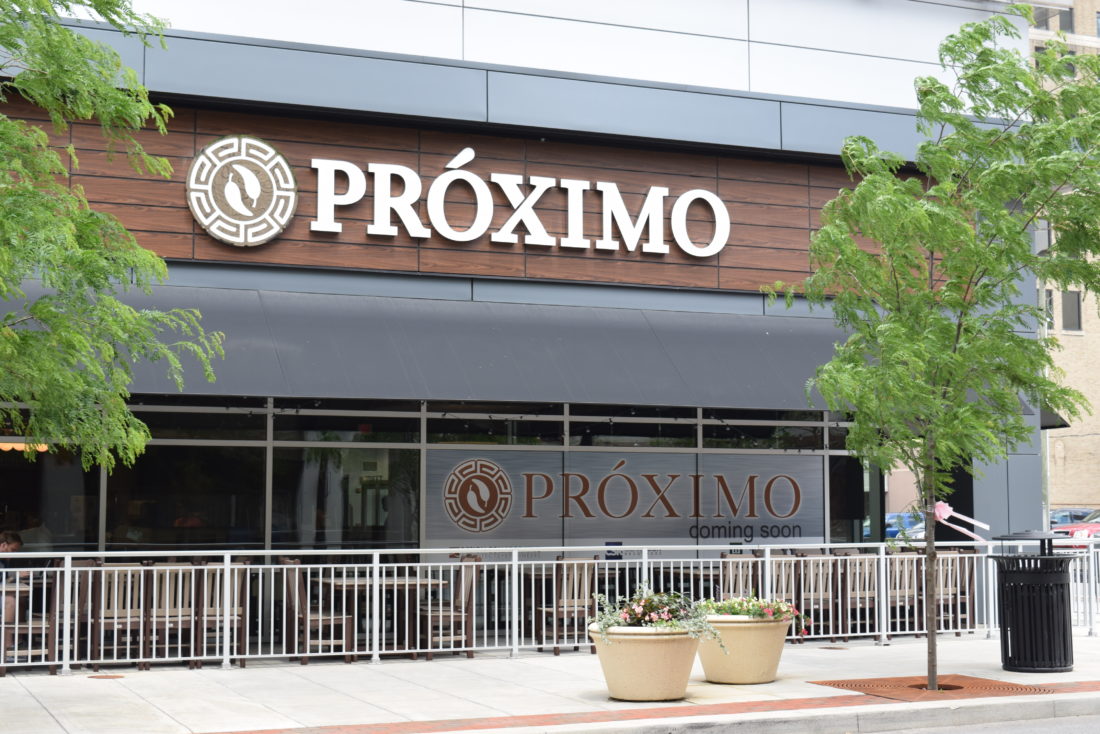 The wait for Fort Wayne’s next upscale restaurant is inching closer with Proximo planning to open June 11.

The restaurant plans to announce the date Saturday on its social media accounts, said Jordan Beckman, manager. Right now the restaurant looks nowhere near ready, from our peek inside, but Beckman confirmed with the general manager that June 11 is the target date, and we’re always surprised to see how restaurants come together quickly once all the permits are in place and the inspections are completed. The space occupied by the Golden until its November closure is getting revamped. Patio seating is set up on both the Wayne Street and South Harrison Street sides.

Proximo, which is Spanish for “next,” reflecting the BakerStreet group’s next effort, plans to draw from a number of Latin American cuisines, including Brazilian, Chilean and Colombian while serving beginning at 6 a.m. for breakfast, lunch and dinner. Right now Ruth’s Chris is dinner only except for Friday lunches.

We attended BakerStreet’s 4820 Dinner Series: Introducing “Proximo” in March and tried dishes including a halibut ceviche infused with lime, topped with pico and with plantain chips on the side paired with a white wine with citrus notes that reflect the type of food that Proximo will serve.

With those types of flavors in a fine dining setting, we’ll never be able to set foot again into any Latin American restaurant with a drive-through.