Sears to close another 72 stores as sales plunge 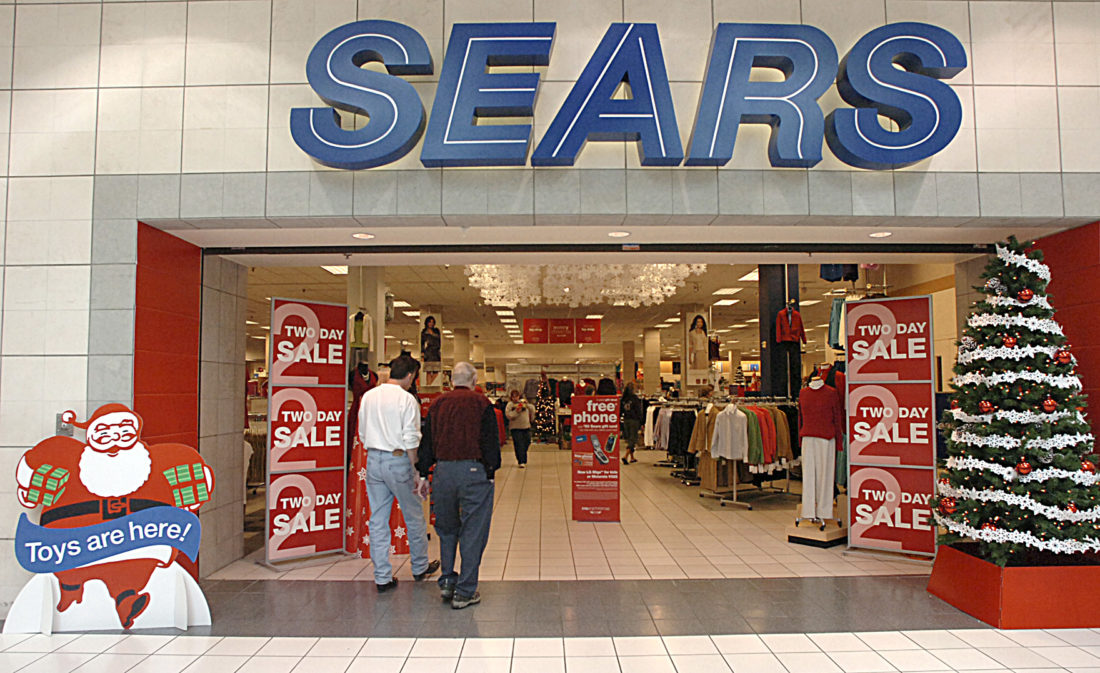 This is a picture of the Sears main entrance into Glenbrook Square taken in 2006. Sears announded Thursday that they will be closing 72 stores, thought it is unclear whether the Glenbrook Location will be among them. (News-Sentinel file photo)

The beleaguered retailer said that it has identified about 100 stores that are no longer turning a profit, and the majority of those locations will be shuttered soon.

Sears has a location at Glenbrook Mall, but it wasn’t among the cuts announced today.

Revenue tumbled more than 30 percent to $2.89 billion, with store closings already underway contributing to almost two-thirds of the decline.

Sales at stores open at least a year, a key gauge of a retailer’s health, tumbled 11.9 percent. Comparable-stores sales slid 9.5 percent at Kmart stores, and 13.4 percent at Sears.

The one-time powerhouse retailer that survived two world wars and the Great Depression has been calving off pieces of itself as it burns through money.

Kenmore, the retailer’s appliance brand, became the latest potential sale after ESL Investments, the company’s largest shareholder, headed by Sears Chairman and CEO Edward Lampert, said it might be interested in buying it.

Lampert, who combined Sears and Kmart in 2005 after helping to bring the latter out of bankruptcy, has long pledged to save the famed retailer, which started in the 1880s as a mail-order catalog business.

Shares of Sears Holdings Corp., based outside of Chicago in Hoffman Estates, Illinois, fell more than 4 percent before the opening bell Thursday.