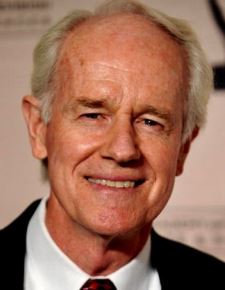 Actor Mike Farrell, known as Capt. B.J. Hunnicutt on the long-running TV series “M*A*S*H*,” will be featured speaker at Aging & In-Home Services of Northeast Indiana, Inc.’s 44th annual meeting and awards ceremony. The event is scheduled for 11 a.m. to 2 p.m. on Friday, Oct. 25, at Parkview Mirro Center for Research.

Family caregiver is a role that is close to Farrell’s heart. Married to actress Shelley Fabares, he saw firsthand how stressful caregiving can be. His mother-in-law, Elsa Fabares, had Alzheimer’s disease, and through Shelley’s years of caring for her mother, Farrell learned about the disease’s impact on the entire family.

Less than 10 years later, Farrell found himself in a similar role, becoming a caregiver to his wife after she was diagnosed with an auto-immune liver disorder and needed a transplant. After a successful transplant, Farrell became Shelley’s full-time caregiver, and 20 years later she is healthy and happy.

Farrell’s presentation, titled “Caregiving: A Role With No Script,” will remind attendees that nothing is stronger than love and hope. To learn more about AIHS, visit www.agingihs.org.