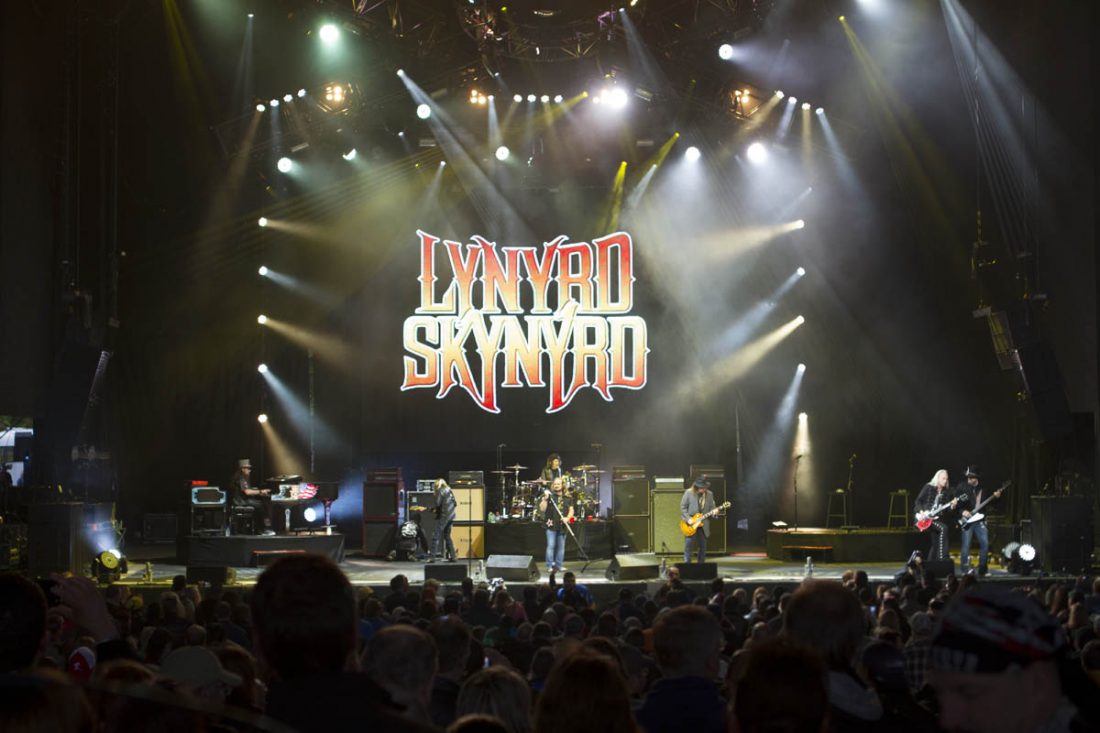 Southern Rock icons Lynyrd Skynyrd will perform at the Allen County Memorial Coliseum on Saturday, April 25, 2020, with Travis Tritt also appearing. Tickets will go on sale to the general public Friday, Dec. 6, at 10 a.m. at Ticketmaster.com

The band’s career has spanned more than 40 years and includes a catalog of more than 60 albums with more than 30 million units sold. Produced by Live Nation, the career-concluding Street Survivors Farewell Tour has logged over 100 stops in the U.S. and internationally over the last two years with Scotland’s The Herald calling the band, “still free as a bird, 40W years later.”

“We’ve said we want to play every venue and market we’ve ever visited around the world one last time and even some places we haven’t, so we get to see all of Skynyrd Nation,” said the band’s lead singer Johnny Van Zant. “We are getting close!”

Citi is the official presale credit card for the tour. As such, Citi cardmembers will have access to purchase presale tickets beginning Wednesday, Dec. 4, at 10 a.m. local time until Thursday, Dec. 5 at 10 through Citi’s Private Pass program. For complete presale details visit www.citiprivatepass.com.

The tour derives its name from their song, “The Last of the Street Survivors” and the band’s fifth studio album Street Survivors that is certified multi-Platinum by the RIAA and includes the Platinum-certified single, “What’s Your Name.”

Original members Ronnie Van Zant, Bob Burns, Allen Collins, Gary Rossington, and Larry Junstrom formed the band in 1964. Originally known as My Backyard, the band changed to its famous name in the early 1970s. The band’s story took a tragic turn in October 1977 when a plane crash took the lives of Van Zant, Steve Gaines, backup singer Cassie Gaines, and several of their road crew.

The band took a decade-long hiatus before reuniting for a tour and live album, Southern by the Grace of God. Since then, the band has toured and recorded extensively, with their most recent release being Last Of A Dyin’ Breed. The band’s current line-up includes original member Rossington, Johnny Van Zant, Rickey Medlocke, Mark “Sparky” Matejka, Michael Cartellone, Keith Christopher, Peter Keys, Dale Krantz Rossington and Carol Chase. The band was inducted into the Rock and Roll Hall of Fame in 2006.