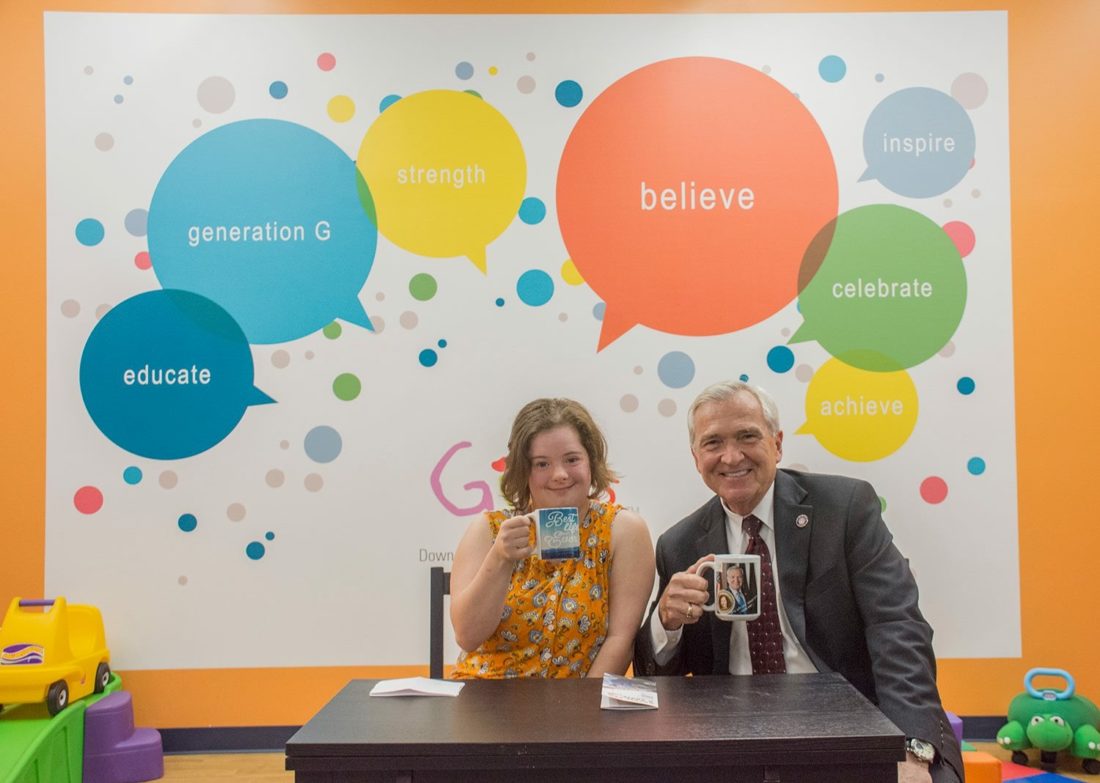 The inside story of Fort Wayne’s hottest internet sensation starts with coffee.

Really, coffee? Yep, and not even a specialized brand or flavor.

“We sat down in my office just drinking coffee and chatting and I thought of `Coffee with Katie’ because she loves coffee and loves to talk to people,” said GiGi’s Playhouse Executive Director Holly Tonak. “We did a fun little video, not thinking this was going anywhere.”

GiGi’s Playhouse specializes in providing free educational and therapeutic programs for individuals with Down syndrome, and Katie Clark, 23, has become a star attraction. Each Thursday at 3 p.m. on the group’s Facebook page she hosts an approximately five-minute interview program. She began by interviewing Tonak for the first show and drew more than 1,000 views.

“The next Thursday came about and Katie decided we were doing it again,” Tonak said. “It was just Katie and I chatting. Honestly, I thought it was just a one and done, but she took it and loved it and the public loved it. It’s drawing people to our Facebook page which in turn draws awareness of what we are doing here. If she wants to do it, we do it. If she doesn’t want to do it, we don’t.”