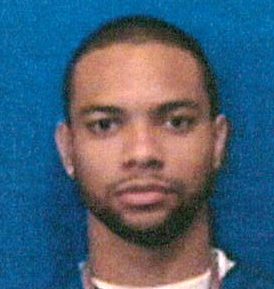 FORT WAYNE – A Fort Wayne man has been sentenced to a year in jail and ordered to pay more than a half million dollars in restitution for his role in a scheme to bilk aerospace firm BAE out of more than $800,000 in education reimbursement funds.

“This is one of the last defendants to be sentenced in a massive fraud scheme involving federal charges against 31 former BAE employees arising out of false submissions for reimbursement from the employer’s tuition assistance program,” Kirsch said. “All 31 defendants have been convicted of various charges of wire fraud and ordered to pay restitution to BAE for its loss which, as a result of the scheme, totaled $806,241.09.

“We, along with our law enforcement partners take financial fraud seriously and will take measures to obtain restitution for the victim of these offenses.”

Many companies help pay for employees’ continuing education, and starting in 2013 BAE changed its program to pay tuition costs up front instead of offering reimbursement after the course was completed. Employees had to provide proof of registration and a bill from the educational institution, and the company would then pay the employee for the course, with the workers required to prove they completed the course and met certain grade requirements.

According to documents, Opper really did attend Indiana Tech in Fort Wayne at one point, and was reimbursed by BAE for classes taken in 2012. But after the new policy was put in place he began requesting reimbursement for classes he did not register for or take. Instead, he used documents from the classes he previously had taken to create fake documents that he used to receive reimbursement. After successfully receiving reimbursement in this manner, Opper began helping other BAE employees carry out the same fraud.

Opper required those employees whom he recruited to pay him a fee for his assistance. Opper received $37,500 from BAE for fraudulent tuition reimbursements for himself and BAE paid $529,118.50 to other employees that Opper recruited into the fraud scheme.

The case was investigated by the Federal Bureau of Investigation and prosecuted by Assistant United States Attorney Stacey R. Speith.

“This sentence sends a clear message that the FBI will aggressively pursue those who commit financial fraud and vigorously investigate this criminal activity,” said Grant Mendenhall, Special Agent in Charge of the FBI’s Indianapolis Division. “The FBI and our law enforcement partners will continue to use all the resources at our disposal to ensure those who believe they can profit from defrauding others face the full consequences of their actions.”

Opper worked for BAE from June 2013 to April 2016, when BAE terminated numerous employees it believed had participated in the scheme.