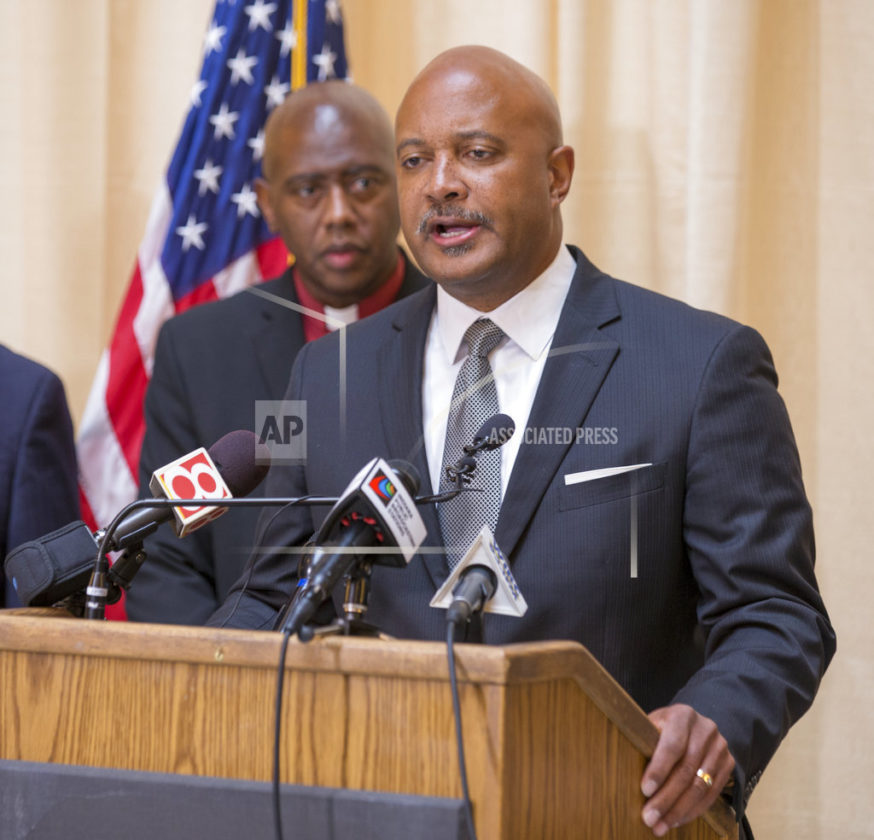 (From staff, wire reports) INDIANAPOLIS — A citizens’ panel said Tuesday that Indiana’s Supreme Court should discipline the state’s attorney general over allegations he drunkenly groped a lawmaker and three legislative staffers at a bar.

The complaint by the Indiana Supreme Court Disciplinary Commission alleges Curtis Hill “engaged in a pattern of misconduct” by allegedly groping the women at an Indianapolis bar during a March 2018 party celebrating the end of last year’s legislative session.

The complaint alleges in its administrative finding that Hill committed misdemeanor battery against all four women and felony sexual battery against one of them, a legislative staffer, when he allegedly touched her buttocks after she tried to halt his groping at the party.

The high court’s most severe possible option would be to revoke Hill’s law license by disbarring him in the state. Its other options include short-term or long-term suspensions of his law license, public or private reprimands, or finding that no misconduct had occurred.

A special prosecutor declined in October to pursue criminal charges against Hill, who has repeatedly denied wrongdoing . The special prosecutor said he had considered bringing misdemeanor battery charges against Hill, a Republican, but said it would be difficult to prove the case because witnesses gave varying accounts of what happened in the crowded bar.

In a statement, Hill’s attorney, Don Lundberg, noted that “This matter has been investigated three times. There was an investigation undertaken by the General Assembly, another by the inspector general and, finally, one by the special prosecutor. And after having reviewed all the information, all three reached the same conclusion: no further action was warranted. The Attorney General remains focused on serving the people of Indiana. This matter will be addressed through the proper process outlined for disciplinary complaints in the State of Indiana and we are confident it will conclude in a manner consistent with the results of the prior investigations.”

The complaint was filed by a nine-member panel of citizens, including lawyers and non-lawyers, appointed by the state Supreme Court to investigate and prosecute claims of misconduct against lawyers licensed to practice in the state. The panel’s complaint alleges Hill violated Indiana’s Rules of Professional Conduct for attorneys and that his alleged actions reflect “adversely on his honesty, trustworthiness or fitness as a lawyer.”

It asks that Hill “be disciplined as warranted for professional misconduct” and be required to repay the expenses of the investigations against him.

“The respondent’s ethical violations and offensive conduct reflect poorly on the legal profession and does incalculable harm to the public perception of the Attorney General’s office and all the state agencies it represents,” the complaint says, citing among aggravating factors Hill’s position as Indiana’s chief legal officer.

The commission also asked the state’s high court in a separate filing to appoint a panel of hearing officers to review the allegations against Hill, said court spokeswoman Kathryn Dolan.

Hill has 30 days to respond to the commission’s complaint. The Indiana Supreme Court will eventually determine whether misconduct occurred and, if so, whether a sanction is appropriate.

Hill also violated state rules by “making rude and sexually suggestive comments” to the women at the party, it states.

Attorneys for the women have said they intend to sue Hill, the state of Indiana and the attorney general’s office.

Republican Gov. Eric Holcomb and other state officials called for Hill to resign after the allegations became public last July. But Republican leaders have shown no signs of taking action against Hill since the special prosecutor declined to pursue any criminal charges against him.

The General Assembly can impeach and remove a public official from office with a two-thirds vote in both houses, but it’s unclear whether that would apply to Hill because the attorney general isn’t specifically listed in the Indiana Constitution as a “state officer” — unlike secretary of state, auditor and treasurer.

Hill initially told Indiana legislative leaders that “he had had too much to drink or words to that effect” but that he later changed his story “and claimed that he was not inebriated,” according to the complaint.

“The respondent has held public news events in his role as Attorney General in which he denounced the allegations as untrue and implied the victims falsified their accounts,” it states. “Later, the respondent portrayed the victims as mistaken or misperceiving his conduct.”