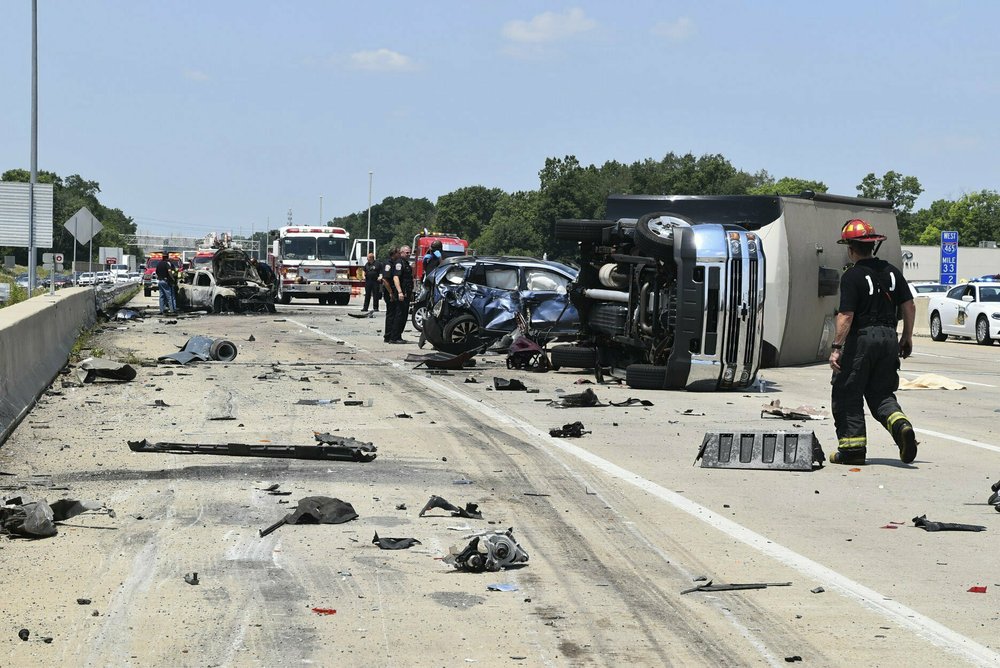 Emergency personnel work at the scene of fatal crash along Interstate 465 in Indianapolis. A woman and her 18-month-old twin daughters died in the fiery, seven-vehicle crash. (AP photo)

INDIANAPOLIS (AP) — Police say a semitrailer’s computer data says it was going above the speed limit when it slammed into a line of vehicles on an Indianapolis highway, killing a woman and her 18-month-old twin daughters.

State police say Interstate 465 traffic was slowed for a construction zone when the crash happened Sunday. A preliminary probable cause affidavit filed in Marion County Court says the semitrailer was going 65 mph in a 45 mph zone.

Police say the semi driver, 57-year-old Bruce Pollard of Sturgeon, Mo., told investigators at various times that he was going 35 miles mph, was reaching for his iced tea and a car had cut him off.

Pollard was jailed on preliminary charges including reckless homicide and is scheduled to appear in court Thursday.