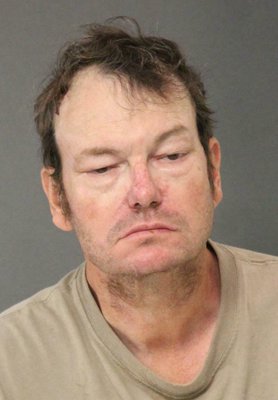 INDIANAPOLIS (AP) — Prosecutors filed reckless homicide charges on Thursday against a Missouri semi driver for a highway construction zone crash in Indianapolis that killed a woman and her 18-month-old twin daughters.

Documents filed by Marion County prosecutors say computer data from the truck driven by Bruce Pollard, 57, of Sturgeon, Missouri, show it was going 65 mph and didn’t start braking until it slammed into the first of several vehicles slowed for the construction zone about noon Sunday.

Another driver told investigators traffic on Interstate 465 on the city’s north side was going about 30 mph (48 kph) when the crash happened, according to a police affidavit. Police said numerous warning signs about the construction zone and its 45 mph speed limit were along the highway for nearly seven miles leading into the crash site.

The crash killed 29-year-old Alanna Norman Koons of Indianapolis and her daughters, June and Ruby Koons. They were trapped inside their burning car after it was hit by the semi, which hit five other vehicles before coming to a stop, police said. Seven people in those vehicles were taken to hospitals with injuries, including a woman who suffered vertebra fractures.

A judge set a $100,000 bond on Thursday for Pollard, who could face up to six years in prison on each of the three felony reckless homicide counts filed against him.

Pollard told Marion County Judge Barbara Crawford he wanted to go home, but she replied “That won’t be happening today, sir.” He told the judge he would be hiring his own attorney.

Police said Pollard told investigators at various times after Sunday’s crash that he was going about 35 mph (56 kph) before it happened, was reaching for his iced tea and that a car had cut him off. Investigators said Pollard asked several times which hotel police would be dropping him off at and showed no emotion when told about the deaths.

While being led into court Thursday, Pollard answered “yes, sir” when asked by a reporter whether he felt bad about the crash.

Pollard’s blood was drawn at a hospital following the crash, but the results weren’t yet available Thursday, according to the prosecutor’s office.

Prosecutors said Pollard could face additional charges related to the other crash victims.