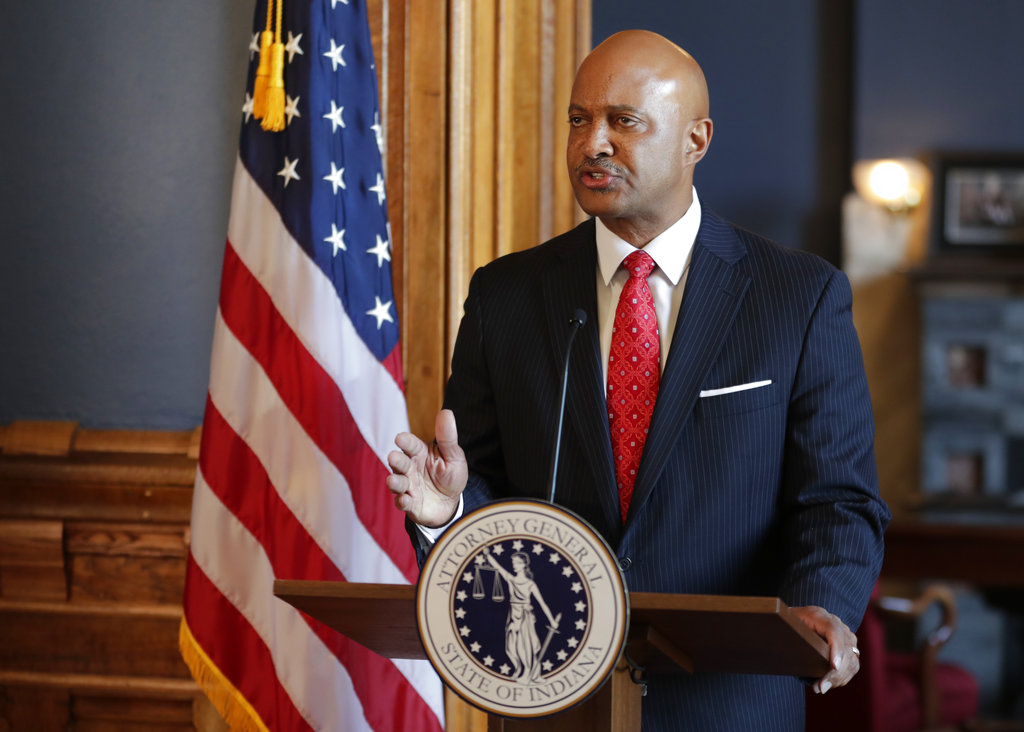 Indiana Attorney General Curtis Hill announced Wednesday that he will seek re-election in 2020.

In a statement, Hill said that “Over the last three years, I have worked to fulfill my pledge to Hoosiers: from cracking down on violent criminals to protecting the most vulnerable in our society. Standing for what’s right is harder than ever, but I do it every day with courage and conviction as Attorney General, and I’m just getting started.

“At a time when freedom and our way of life are under attack, I’ll continue to work with President Trump, and others, on important issues facing our nation and state. I’ll never back down from partisan attacks, the media, and even Republicans embarrassed to defend our values.”

The Republican Hill, who has been accused of sexual misconduct by several women, including an Indiana lawmaker, was elected Indiana’s 43rd attorney general in 2016.