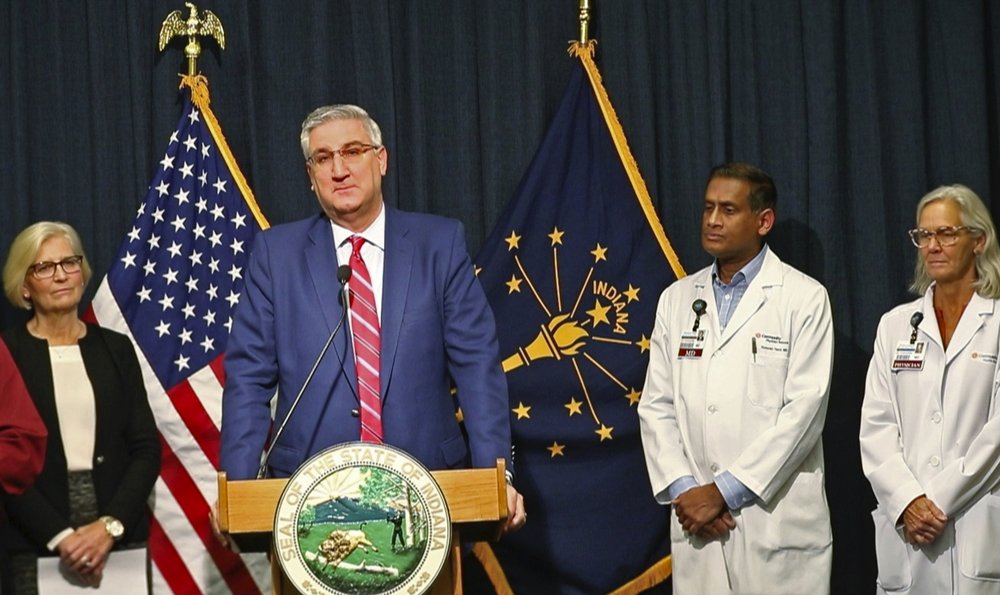 INDIANAPOLIS (AP) — The man with Indiana’s first confirmed illness from the coronavirus outbreak was in isolation Friday after going to an Indianapolis hospital with mild symptoms, state health officials said.

The man became ill after returning Wednesday from a conference in Boston, where he had contact with people who have the virus that causes COVID-19, State Health Commissioner Dr. Kris Box said.

Box described the Indiana case as isolated and said health officials were reviewing the man’s travel and who else he had been in contact with since returning to Indianapolis.

The Indiana announcement came Friday as the U.S. tally topped 200 cases, including more than a dozen deaths. Illinois officials have reported five cases.

“With the global spread of COVID-19, the question has never been if Indiana would get a case, but when we would see one,” Box said.

Gov. Eric Holcomb announced he was declaring a public health emergency to help obtain federal funding for a coronavirus response.

The ill man developed a sore throat, cough and low-grade fever before going to Community Hospital North in Indianapolis.

He waited in the parking lot until hospital staff came to him and took him through a side entrance to an isolation room for treatment and testing, said Dr. Ram Yeleti, Community Health Network’s chief physician executive.

The man was transported home for self-quarantine early Friday and there was minimal to zero exposure to other hospital patients, Yeleti said.

“At this time, we do not see any evidence for any spread of this,” he said.

Box said the man was otherwise healthy and emphasized that older people, especially those with chronic illnesses, are at the greatest risk from COVID-19.

“I need the public to be patriotic and do the things they need to do to protect themselves,” Caine said. “I want them to take this virus very seriously, but you can die just as well from the flu.”

In a statement, the Indiana Hospital Association said the state’s health care providers are ready.

“Every hospital has already been preparing for this development by collaborating with state and local partners . . . We urge Hoosiers to take an active role in prevention of all contagious diseases, including influenza. Actions everyone can take include, but are not limited to, vaccination, good hygiene practices, covering coughs and sneezes, and staying home when ill. (We) recommends those looking for resources to utilize the Indiana State Department of Health’s dedicated webpage or CDC guidance to learn more.”

Indiana residents urged to continue to abide by virus order

INDIANAPOLIS (AP) — Indiana’s health commissioner urged Hoosiers on Tuesday to continue to adhere to the ...