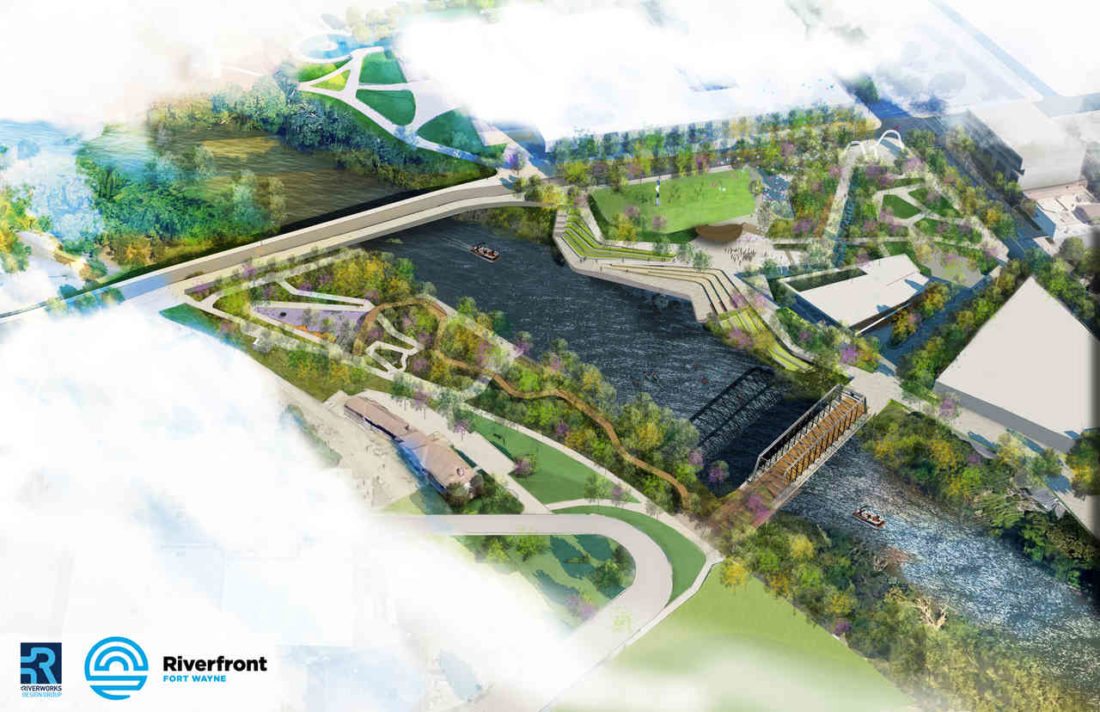 The Fort Wayne Parks and Recreation Department will take a proactive approach to planning and government permit applications for future riverfront development work after running into longer permit processing times than expected for Phase I of the riverfront project.

The department still is waiting on some government agency permit approvals for work on the north riverbank for Phase I of the project, which is underway on the south bank of the St. Marys River between Harrison and the Historic Wells Street Bridge.

Parks officials said previously they planned to start Phase I work on the north side of the river, but delays in getting all of the permits for the work there led them to start on the south side. The permits include ones sought from the Indiana Department of Environmental Management.

But parks officials now hope to get ahead of the problem as planning begins for Phase II and III of riverfront development by getting land-use studies, infrastructure studies, archaeology studies and other work done before seeking permits so they can provide all information simultaneously to the permitting agency, said Steve McDaniel, parks department director of asset management.

Giving the permitting agencies all of the information initially should make the permit approval process easier and go more quickly, McDaniel said.

McDaniel and parks department Director Al Moll provided an update on the riverfront development process during the parks department’s board of park commissioners meeting Wednesday at Citizens Square.

Another issue they will be looking at will be whether some of the land now identified as being in the St. Marys River’s flood plain can be removed from a flood-plain designation so it can be available for private development, McDaniel told park commissioners.

The parks department hopes to seek requests from firms interested in doing the land use and other studies in January, McDaniel told park board members.

In other riverfront development updates, park board members learned:

* Work should start next week on constructing the foundation for the Park Foundation Pavilion in Promenade Park. Construction of the pavilion should start in November.

* Parks officials still are working with an entity interested in purchasing and moving the historic brick Baltes building that now is part of the Cambray Associates complex on Harrison Street. Parks officials hope the brick building can be moved, and the modern buildings constructed on either side of it will be demolished.

The buildings are located on the land being developed as Promenade Park.

* The barge the parks department purchased to keep the St. Marys, St. Joseph and Maumee rivers cleaned of trash, limbs and other debris has arrived and likely will make its first trip on the rivers Friday.

The Fort Wayne Parks department announced these local officials will be part of the group that will coordinate planning for development of Phase II and III of the downtown riverfront development project: