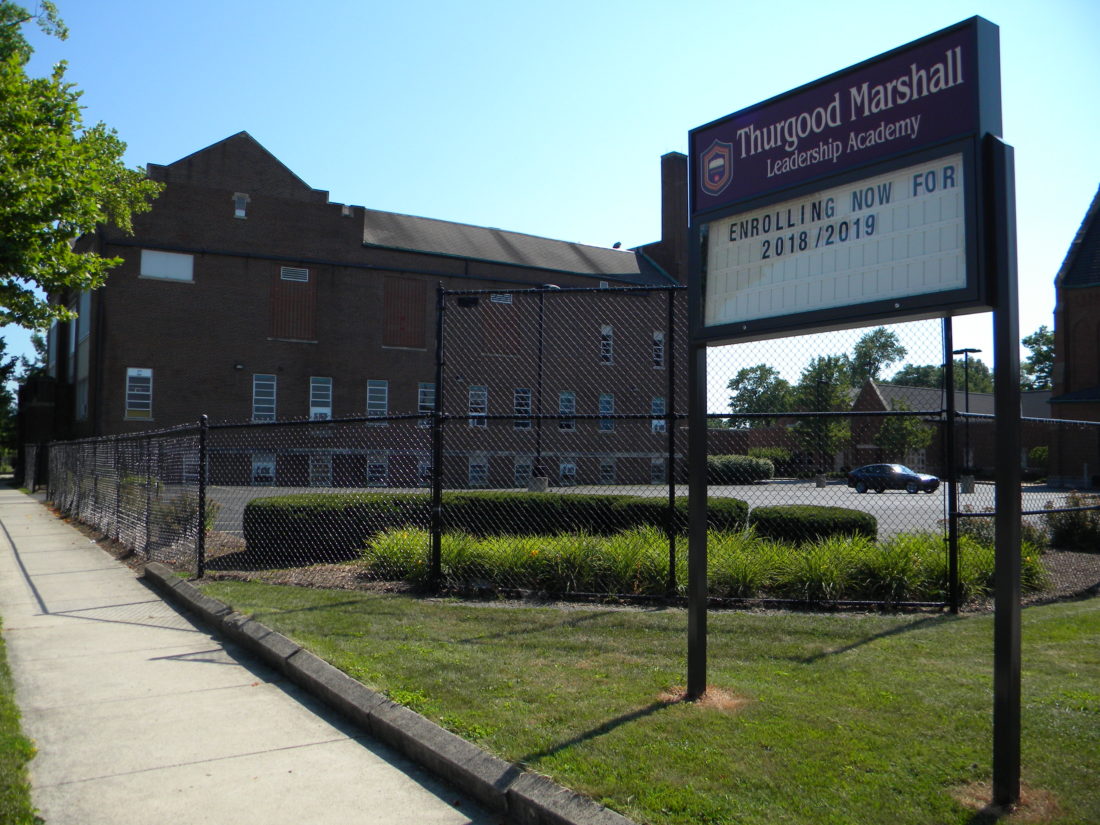 The Thurgood Marshall Leadership Academy charter school will leave its current location, pictured here, in the former Zion Lutheran School on Weisser Park Avenue south Creighton Avenue and move to a new Fort Wayne location for the 2018-2019 school year. The school has operated at the Zion site since August 2012 . (By Kevin Kilbane of News-Sentinel.com)

The Thurgood Marshall Leadership Academy charter school has found a new location for the 2018-2019 school year and is investigating the concerns about school leadership voiced by parents at the academy’s June 21 school board meeting, a board member said.

The school signed a lease this past Monday for use of a new location for the upcoming school year, which begins in mid-August, said Sheila Moore, school board president.

Since it opened in August 2012, the academy has operated in the former Zion Lutheran Academy, 2310 Weisser Park Ave., on the grounds of Zion Lutheran Church, 2313 S. Hanna St. The church is adjacent to the campus that includes the Fort Wayne Urban League, which started the academy.

Moore didn’t want to name the academy’s new location at this time because the school wants to notify parents first. Parents should receive information about the new location within the next two weeks, she said.

The academy currently has about 140 students pre-registered for the upcoming school year, Moore said. The new location can accommodate 250 students, so there is room for growth, she added.

The academy also provides bus transportation for many of its students, so those living near Zion Lutheran will be able to ride the bus to the new location, she said.

The school previously announced it would hold student registration for current students in late July at Zion Lutheran School site, and that still will take place there, Moore said. The academy also will hold a registration for new students in early August at the school’s new location.

At the same time, the school board also is investigating parents’ concerns about the leadership of Principal Harold Stevens, Moore said. An ad hoc committee of board members is leading that work, she said.

Board members wanted to give all of the time at the June 21 school board meeting to parents to voice their concerns, she said.

The ad hoc committee made no decisions Thursday, she said.

The school board normally holds its public meetings on the third Thursday of the month, but board members have been meeting weekly as the school transitions to the new location, Moore said.

The Thurgood Marshall Leadership Academy and other Fort Wayne charter schools generally have struggled to meet state student performance standards. In the state’s A-F grading system, the academy received F grades for the 2012-2013, 2015-2016 and 2016-2017 school years (the latter is the most recent year available), and C grades for the 2013-2014 and 2014-2015 school years.