Fort Wayne duck boat, which never offered public tours, since has been sold 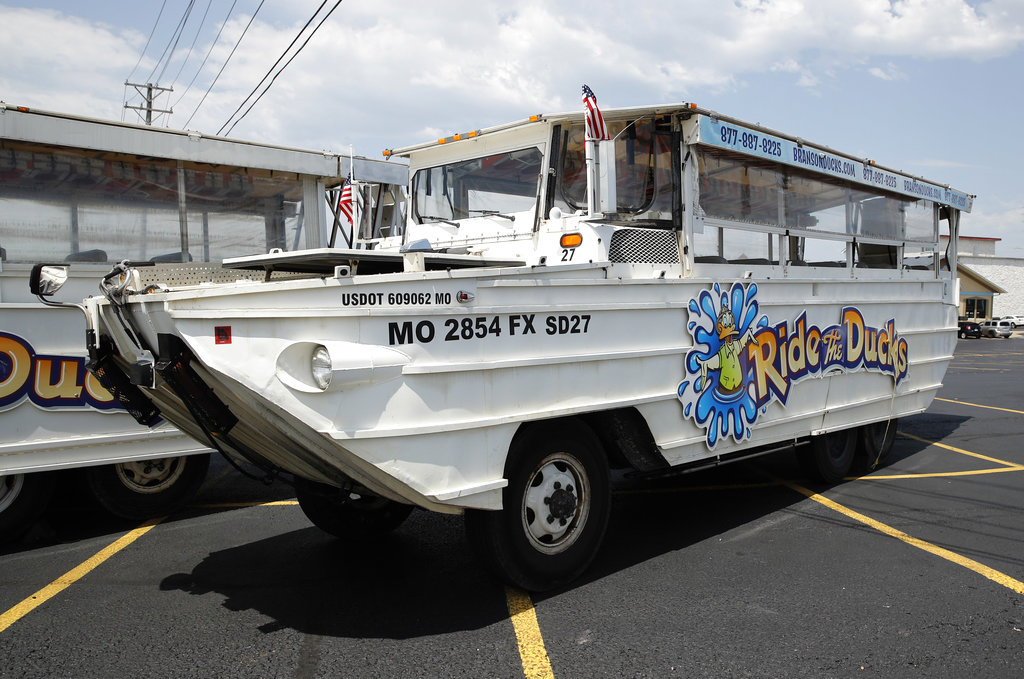 This July 20 photo shows one of the duck boats used by Ride the Ducks, an amphibious tour operator in Branson, Mo., which operated the duck boat that sank July 19 on Table Rock Lake, killing 17 people. (AP Photo/Charlie Riedel, File)

The local Friends of the Rivers organization had hoped to offer duck boat rides last summer on Fort Wayne’s three rivers, but engine problems with the boat prevented that from happening and the group sold the boat this spring.

Duck boats have been involved in a number of accidents in recent years, the most recent of which left 17 people dead after a duck boat sank in a thunderstorm July 19 on Table Rock Lake near Branson, Mo.

The dead included 11 members of an Indianapolis family.

After having a duck boat consultant visit Fort Wayne to talk with them about the World War II-era vessels, Friends of the Rivers leaders decided their group didn’t want to be involved in operating one of the boats, said Irene Walters, president of the nonprofit organization’s board of directors.

The goal was to get people out on the rivers and to create excitement about the use of these natural resources, Wire said.

Friends of the Rivers invested significant money in making the duck boat safer and accessible for people with disabilities, Wire said.

Wire said the boat had an attached canopy, which has been cited as preventing the escape of victims in the Table Rock Lake sinking. However, the Fort Wayne duck boat didn’t have the side panels that also blocked passengers from getting out during the Table Rock Lake accident.

The engine on Friends of the Rivers’ duck boat kept overheating, though, so its only appearances on local rivers came during about six test runs with a crew and mechanics aboard, Wire said.

The cost of insurance for operating it for public tours also was going to be very high, he said.

Once Friends of the Rivers decided to sell it, the boat was purchased by an Arkansas man who planned to use it for spare parts for other duck boats, Walters said.

Duck boats reportedly played a key role in Allied invasions during World War II because they could roll off a larger transport ship, motor to shore and then drive up onto the beach like a truck, according to the article “Duck Boats Offered a Unique Solution to a World War II Problem” on the History.com website.

That saved substantial time compared with having to get the transport ship to a dock and unloading it, the article said.

General Motors made about 20,000 of the amphibious vehicles for the U.S. military, the article said.

The boats were used invasions of Sicily and the D-Day invasion in Normandy, France, as well as in Pacific Ocean battles, the article said. In Europe, Allied troops also used duck boats to cross rivers as they pursued the retreating German army.