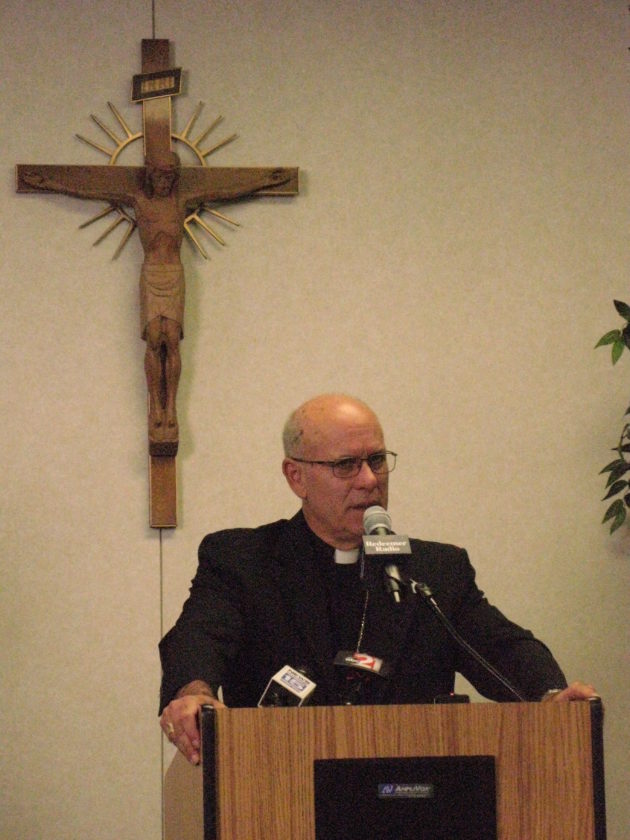 A Pennsylvania district attorney has found no merit in an allegation of abuse lodged against Bishop Kevin Rhoades.

In a statement issued Thursday, the Diocese of Fort Wayne-South Bend said that “After a full investigation, the Dauphin County District Attorney has determined that there is no basis to conclude that Bishop Kevin C. Rhoades ever engaged in a criminal or otherwise improper relationship.” The relationship in question, according to the diocese, was “in the context of pastoral care and arose out of the recognized tradition of prison ministry. The diocese appreciates the swift and thorough investigation into the unsubstantiated allegation.”

The Diocese of Harrisburg, Pa., where Rhoades served as bishop from 2004 to 2009 before coming to Indiana, last week confirmed an allegation of misconduct had been filed against Rhoades dating from a time he served as a priest. Dauphin County District Attorney Fran Chardo said the alleged male victim died in 1996 and was around the age of 18 when the alleged incident happened. The report alleged that the relationship was perceived as “odd” but that no inappropriate conduct had been witnessed. In fact, Chardo said, the report did not even include an allegation of a crime.

Chardo said his office has seen an increase in the number of reports alleging crimes involving Catholic priests since a Pittsburgh grand jury report was released last month that identified more than 1,000 victims of alleged sexual abuse, rape, impregnation, coerced abortion and other crimes against church and state, committed by 301 priests and lay teachers in six dioceses.

Rhoades adamantly denied any wrongdoing from the beginning, and the Fort Wayne Diocese’s statement Thursday noted that “While it’s important that allegations be brought forward, it’s equally important for due process to take place. The result of this investigation underscores the importance of allowing appropriate authorities to determine credibility of accusations before the reputation of any individual is impugned in the court of public opinion. The Diocese of Fort Wayne-South Bend stands firm in sympathy and support for all victims of child sexual abuse and encourages victims to report allegations. Bishop Rhoades expresses his gratitude for the support he has received from parishioners during the past week.

“He states, ‘I have offered up the pain of this difficult time for the victim survivors of child sexual abuse.'”

Last month, Rhoades announced at a news conference in Fort Wayne that he will release the names of priests in his diocese who have been credibly accused of sexually molesting children. “Protection of children is our No. 1 priority,” he said at the time.