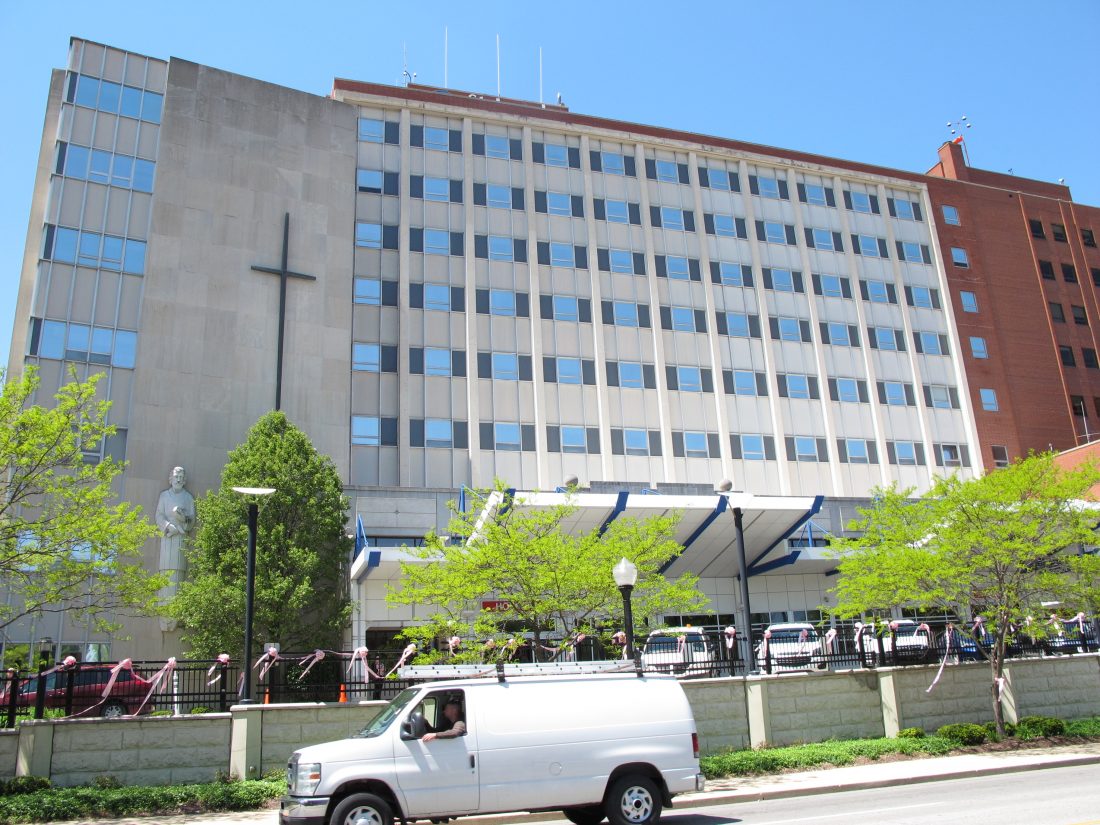 What was once considered “the country hospital” prior to its 1900 annexation into the city is now commemorating its 150th anniversary in an unmistakably urban setting.

Under the leadership of the Poor Handmaids of Jesus Christ, St. Joseph Hospital opened May 4, 1869, in what was previously the 65-room Rockhill Hotel. To celebrate the occasion, and to kick off a year of community service projects inspired by a 150-plus theme, hospital and Lutheran Health Network leaders, employees, neighbors and other VIPs will gather Saturday in the courtyard from 10 a.m. to 2 p.m. for a block party. Guests will enjoy live music from Dr. Tom Kintanar’s band, Not My Kids, six food trucks and a kids corner featuring units from the Fort Wayne Fire Department and Lutheran Ground.

This is the first of several activities planned during 2019 to observe the hospital’s role in shaping local healthcare. Much of that emphasis will focus on giving back, and upcoming community involvement opportunities include the collection of 150+ pounds of food for Community Harvest Food Bank in May and 150+ pints of blood for the American Red Cross in June.

Anyone who would like to participate in these and other initiatives can visit StJoeHospital.com for a list of all projects and additional information.

The hospital’s history has featured many milestones.

Bishop Luers bought the Rockhill House, an abandoned hotel, for $52,000 in 1867. The hotel was unsuccessful due to its distance from the business district and main railroad lines. Within two years, the Poor Handmaids of Jesus Christ formed a nursing staff and began preparing the building to be used as the area’s first hospital.

On May 4, 1869, St. Joseph Hospital admitted its first patient. In early August, the first surgical operation was performed by Dr. Isaac M. Rosenthal. By year’s end, 19 others would receive inpatient services at St. Joe. By 1894, the hospital’s silver anniversary, nearly 6,000 patients had been treated. The hospital was annexed into the city of Fort Wayne in 1900.

By 1912, a major construction project shifted the main hospital functions from Broadway and Main to Broadway and Berry. This addition included an X-ray department and a modern bakery. Patient rooms were furnished by the physicians. This year also saw the beginning of an innovative hospitalization program which entitled an individual to board and treatment for an all-inclusive charge of $7.50 per year.

In 1918, the School of Nursing was established; and in 1920, a medical records department. By 1921, a maternity unit of 13 private rooms, two double rooms and a three-bed ward was introduced. The patient rooms were made to be as “homelike” as possible, since prior to this time, births took place in the home.

In 1929, the original Rockhill House was torn down to make way for the Berry Street expansion, which then extended the hospital to Van Buren Street and included seven floors. At that time, the hospital housed 270 beds.

The next major expansion occurred in 1966, which included a nine-story wing along Broadway. A new building along Van Buren that housed a lab and an enlarged delivery unit was also added. The north building was completed in 1980. It added enlarged facilities for lab, surgery and emergency, as well as 66 new private rooms.

Just this week, final plans were revealed for St. Joe’s replacement: Lutheran Downtown Hospital will be five stories high and approximately 188,000 square feet. The new hospital is expected to be completed in late 2021 and open for patient care in early 2022. It will consist of 60 inpatient beds with room to grow to 100 during future expansion to meet community needs.