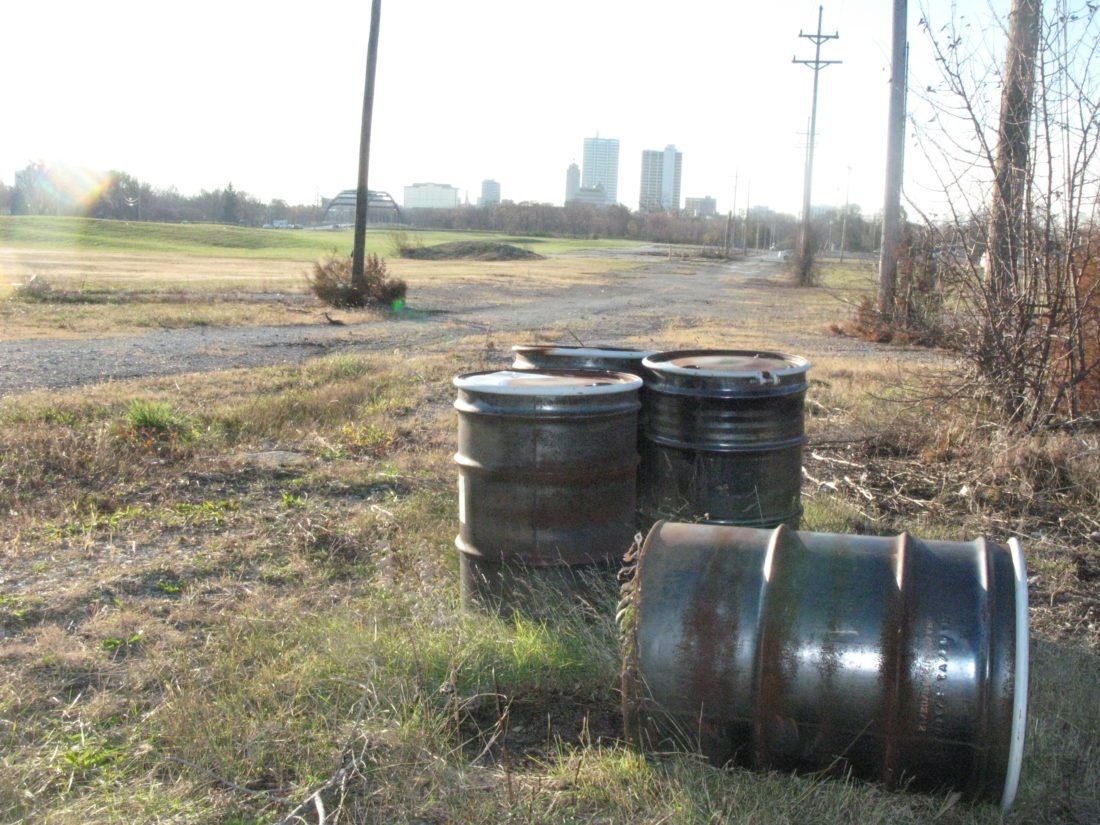 More environmental clean up is coming to the "North River" site thanks to an EPA grant. ( File photo by Kevin Leininger of News-Sentinel.com)

The city paid $4.63 million for the 29-acre “North River” former industrial site in 2017. Now a federal grant of up to $283,400 will pay for additional environmental clean up and monitoring.

The city’s Redevelopment Department will soon begin remediatio work at the former OmniSource scrap metals recycling site thanks to a grant from the Indiana Brownfields Program, funded by the U.S. Environmental Protection Agency. The EPA has approved up to $283,400 for removal of up to 2,400 tons of potentially contaminated soils. Additionally, 10 groundwater monitoring wells will be installed as part of the grant. There are five existing monitoring wells on the site at this time, and samples from those existing monitoring wells have not indicated any groundwater concerns.

Soils testing completed in 2007, 2013 and 2017 revealed that some soils on the site are impacted by PCBs and lead; those are the soils that will be removed as part of this grant. Work is expected to begin in August and is being conducted by environmental company IWM Consulting, contracted by the Indiana Brownfields Program. IWM has offices in Fort Wayne and has worked to successfully remediate and allow for the redevelopment of other local brownfield properties, such as Parkview Field and The Harrison, Ash Skyline Plaza, the former Fort Wayne Police station/Bowser Pump property, and Headwaters Park. Earthwork should conclude by October, but groundwater monitoring will continue for one year.

In 2017 the city has released the results of a decade-old environmental assessment of the property, which under the agreement approved by City Council makes the city liable for any necessary remediation. According to the executive summary prepared in 2007 by the Avant Group, five areas of concern were identified: underground gasoline tanks removed in 1985 without documentation; gas and diesel tanks removed in 1994 and 2000; a former railroad spur area on the southeast portion of the site; and site-wide concerns linked to other industrial uses dating back more than a century.

Some of the concerns appeared to have been appropriately addressed, Avant stated, and did not pose a significant risk. Soil borings and wells in other areas “did not indicate the presence of significant soil and/or groundwater contamination” from the tanks. Petroleum contamination was found in the surface soil of the former rail yard. Other samples detected PCBs and metals “exceeding current regulatory default closure levels for residential and industrial use.”

“The North River property has sat untouched and blighted for more than a decade, and now the city has the opportunity to ensure its proper clean-up and redevelopment,” Nancy Townsend, redevelopment director, said in a statement. “We are grateful for our partnership with the Indiana Brownfields Program and the EPA, which will help us turn this 29-acre site into an asset for Riverfront Fort Wayne and our entire community.”

The city said it is likely that more remediation will be needed at the property, but how much and what kind will depend upon the development and end use of the property, since there are different requirements for residential, retail, office space or industrial use.

How the property will be redeveloped is still undetermined. Redevelopment staff members are discussing the potential development use and strategy for the site with the Land Collective consulting team that is creating plans for the next phases of Riverfront Fort Wayne. Land Collective’s work will include recommendations for the best use of the property as it relates to developing and maintaining a welcoming and vibrant riverfront district.

In accordance with federal guidelines, the public is invited to read and comment on several documents related to the brownfield work. The documents include a Remediation Work Plan, an Analysis of Brownfield Cleanup Alternatives, and a National Historic Preservation Act Review. Copies of these documents are available for review at the City of Fort Wayne Community Development office, 200 E. Berry St., Suite 320, Fort Wayne, IN 46802 between the hours of 8 a.m. and 5 p.m. Monday through Friday, excluding holidays, from now until the project is complete. The documents are also available through the Indiana Department of Environmental Management’s Virtual File Cabinet on the Internet at: http://12.186.81.89/Pages/Member/EnhancedSearch.aspx, and searching by Brownfield Site #4180207 or the site address, 1610 N. Calhoun St.

Public comments will be accepted regarding the documents from now until 5 p.m. July 30, 2019 and may be emailed to brownfields@cityoffortwayne.org or mailed to Brownfield Program, City of Fort Wayne, 200 E. Berry St., Suite 320, Fort Wayne, IN 46802. Questions can also be directed to Michele Oertel of the Indiana Brownfields Program at (317) 234-0235, moertel@ifa.IN.gov.

Residents with questions about the brownfields work on the North River site are invited to speak with the consultant who will conduct the remediation efforts during a meeting on July 24, 2019 from 5:30 to 6:30 p.m. in the Omni Room, located in the lower level of Citizens Square, 200 E. Berry St