KEVIN LEININGER: From Fort Wayne to Africa, award-winning educator has reason to believe in miracles

Bobbie and Francis Mustapha opened the Madina Village School in Sierra Leone in 2013 and are now building a clinic. (Courtesy photo)
Kevin Leininger

Bobbie and Francis Mustapha opened the Madina Village School in Sierra Leone in 2013 and are now building a clinic. (Courtesy photo)

When Francis Mustapha reflects on the past six years of his extraordinary life, he is often drawn to the evangelist Matthew’s story of how Jesus fed more than 5,000 people with just five loaves of bread and two fish — with plenty left over.

The retired Fort Wayne Community Schools biology teacher is not God incarnate, but what he and wife Bobbie have accomplished in Sierra Leone, West Africa is a similar sort of miracle nevertheless.

“God’s been dealing with us on a ‘need to know’ basis. We’re above and beyond what I could have fathomed, so I’m not worried,” said Mustapha, who in 2013 used $50,000 from his pension to open the first school in his hometown of Madina and has seen it grow despite logistical, cultural and financial challenges that have only strengthened the faith the couple shares, to the benefit of so many others.

Mustapha’s reference to the biblical “loaves and fishes” story is appropriate, because his entire life has been characterized by the multiplication of little into much. His mother lost six children before their fifth birthday, Mustapha’s twin brother died at birth and he was also not expected to live. That’s when his father took him to a women who operated a clinic 20 miles away and told her, “I’ve heard you’re educated. Prove it.”

“The only difference (in my life) was the intervention of that educated lady. Education was life, that’s why I’m here,” said Mustapha, whose father made sure he attended a missionary school in a neighboring village. Eventually he made his way to New York with $20 in his pocket and, after earning degrees from Indiana Wesleyan and Indiana University, he made his way to FWCS, where his passion for education and hard work earned him numerous local, state and national awards, including Indiana State Teacher of the Year in 1994.

But the dream of providing Madina’s children the home-town school he never had was never far from Mustapha’s mind. A plan to open a school with the $25,000 he received as a Milken Educator Award winner in 1994 fell through when civil war broke out in Sierra Leone, but Mustapha tried again after retiring from Snider High School in 2011.

Like one fish turning into two, growth was slow — but steady. Adding a grade per year, the Madina Village School now has 325 students in the American equivalent of Kindergarten through fifth grade. Eventually, the Mustaphas hope to expand classes through high school. But as important as education is, the realities of life — and death — sometimes intervene.

“We’ve had students and staff die (because of the lack of even basic medical care). How can we expand the school if there’s no way of taking care of them?” Bobbie Mustapha said.

As a result, expansion of the school is on hold until a planned on-site clinic is complete. About $150,000 has been raised for the foundation and walls, but construction is expected to cost about $413,000, and that doesn’t include the cost of equipment and operations.

Therein lies the challenge: So much work to be done half a world away; so much money to be raised mostly right here in Fort Wayne, where various groups, churches, individuals and even former students are doing so much to help children who have so little.

“It costs $1 a day to sponsor a student and $250 a month to sponsor a teacher, and half our budget comes from sponsorships — about $193,000,” said Bobbie Mustapha, also a former teacher. The need to oversee construction, assist teachers and perform other duties means the couple spends about half the year in Africa, while the need to raise money means they spend the other half in Fort Wayne, where they still own a home. If all goes well, the health center will open within a year. Then the couple can focus on expanding the school, which is loosely affiliated with the United Methodist Church and instructs students in both English and the native Mende language.

“The Lord has blessed us, and we’re so grateful to Fort Wayne. We’ve never been in debt,” Bobbie said.

Given his background and obvious success in a new culture and language, it’s not surprising that Francis has little patience for American students who say they can’t learn or achieve. “As far as I’m concerned, there are no excuses,” he said. Perhaps that’s why the couple says all of the students in the Madina school’s first two graduating classes passed the government’s examination to move to the next level of schooling.

“This is our calling, our mission. We’ll do it ’till we drop dead,” Francis said. But he is 71, Bobbie is 65 and they’re been married 43 years. The Sierra Leone government may eventually provide some help, but how will the school go on when they can’t?

“Our hope is that the kids (in the school) will make a difference in the country and will one day come back and ‘pay it forward,’ ” Francis said. Just like he did, in other words: one fish or loaf at a time.

To learn more about the school or to donate, go to www.madinavillageschool.com 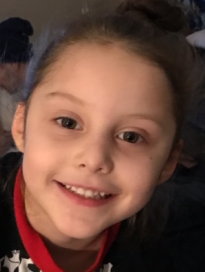