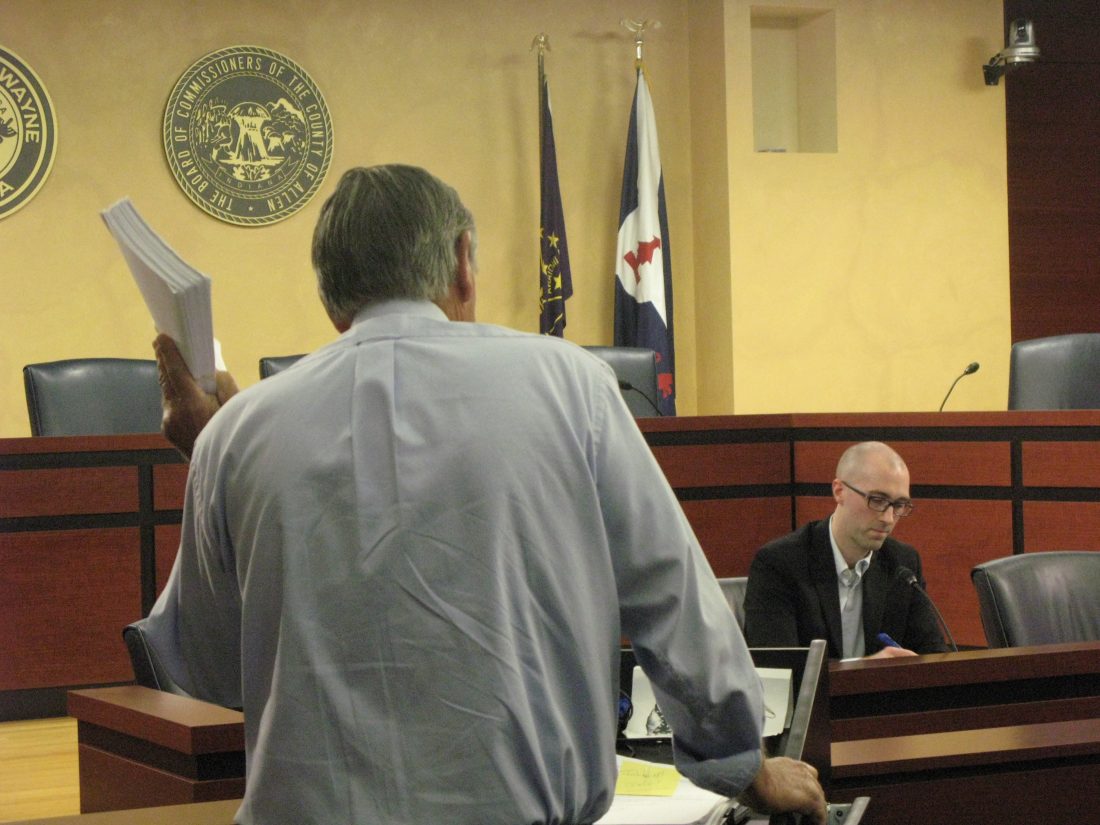 Little opposition surfaced Tuesday during a state-led public hearing that could help determine the fate of a proposed bridge-tax increase for Allen County property owners.

Just three people spoke against the plan to increase the bridge tax by $.0095 per $100 in a property’s assessed value, which county officials say is needed to pay for $54.2 million in bridge needs over the next eight years. Despite the increase, approved by the Commissioners earlier this year, overall taxes would remain roughly flat because tax-supported bonds used to pay for improvements at the jail and Juvenile Justice Center are set to expire.

Testimony for and against the proposal delivered at Tuesday’s hearing will be forwarded to the Department of Local Government Finance. No decision was made Tuesday on the challenge previously filed by the Neighborhoods United Group , which submitted petitions containing the signatures of about 300 people opposed to the increase.

Group spokesman John Modezjewski Tuesday argued the increase is not needed because the county has a balance of more than $114 million in various funds “just sitting there. Where’s it going to stop? I’m fed up with this death by 1,000 cuts (through tax increases). We’re either overtaxed or underserved.”

Farm Bureau President Roger Hadley said the organization has not taken an official position on the increase but noted that he and other farmers were not able to plant as many crops as usual because of the wet sprint — resulting in lower-than-expected earnings that would be exacerbated by higher taxes.

The DLGF has also questioned whether the Commissioners’ vote to increase the tax was legal because the public hearing prior to the vote was advertised in only one newspaper, not the two required by state law. But the law also states that if a county has only one newspaper, that is sufficient. In its June 19 response to the DLGF, the county contended that has been the case in Allen County since The News-Sentinel ceased publication in 2017.