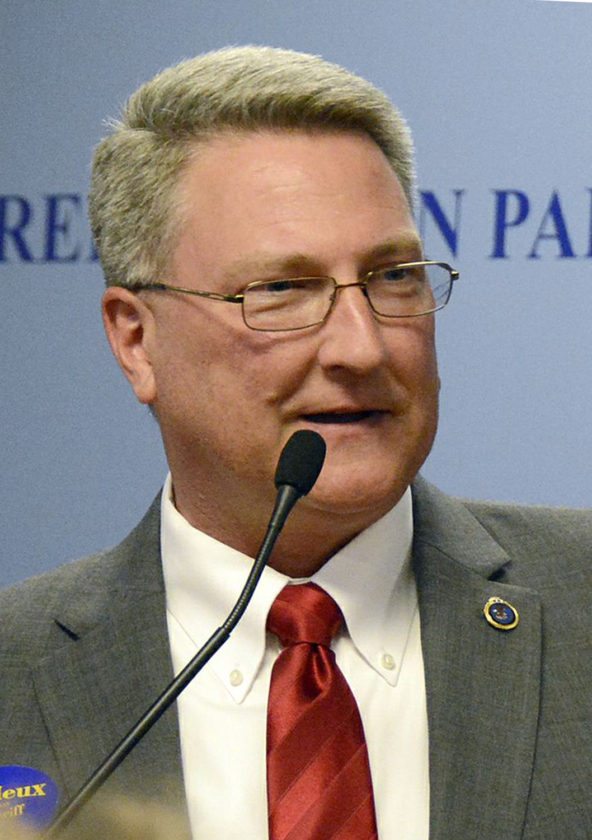 A misdemeanor battery charged filed against Allen County Sheriff Dave Gladieux on Thursday will be dismissed after one year if he complies with the terms of a pretrial agreement that included his issuance of a public apology.

Madison County Prosecutor Rodney Cummings was special prosecutor in the case, which centered on an incident between Gladieux and a 15-year-old boy on July 16 during the Three Rivers Festival. The victim told police he was working in a VIP area near portable toilets when he asked Gladieux for an access pass. An altercation allegedly ensued, with the victim taken to the hospital for examination.

In a prepared statement Gladieux’s attorney, Anthony Churchward, stressed the sheriff’s acceptance of the agreement is not an admission of guilt. “There exists a significant dispute as to the facts of this case . . . While Sheriff Gladieux takes responsibility for his unprofessional conduct on the night in question, he adamantly denies committing the offense of battery.”

In his written apology Gladieux, a Republican now in his second and final term, said he should be held to the highest standards of conduct and “I failed to conduct myself in a manner fitting my office . . .

“While at (the festival) I was involved in an encounter with a juvenile festival volunteer. The volunteer was injured as a result. In retrospect, I could and should have handled the entirety of the situation with more professionalism. For that I am deeply sorry. I also regret my conduct while interacting with various Fort Wayne Police officers . . . I have the utmost respect for my fellow law enforcement officers. My actions did not reflect this respect and brought dishonor on the Allen County Sheriff’s office.”

Churchward’s statement said Gladieux will have no further comments concerning the case.

“This was an unfortunate situation, but (Gladieux) gave a heartfelt apology,” he said. “In addition to his embarrassment and humiliation, there was a family that was subjected to this; they had to be traumatized. No 15-year-old should have to have that in their memory bank.”