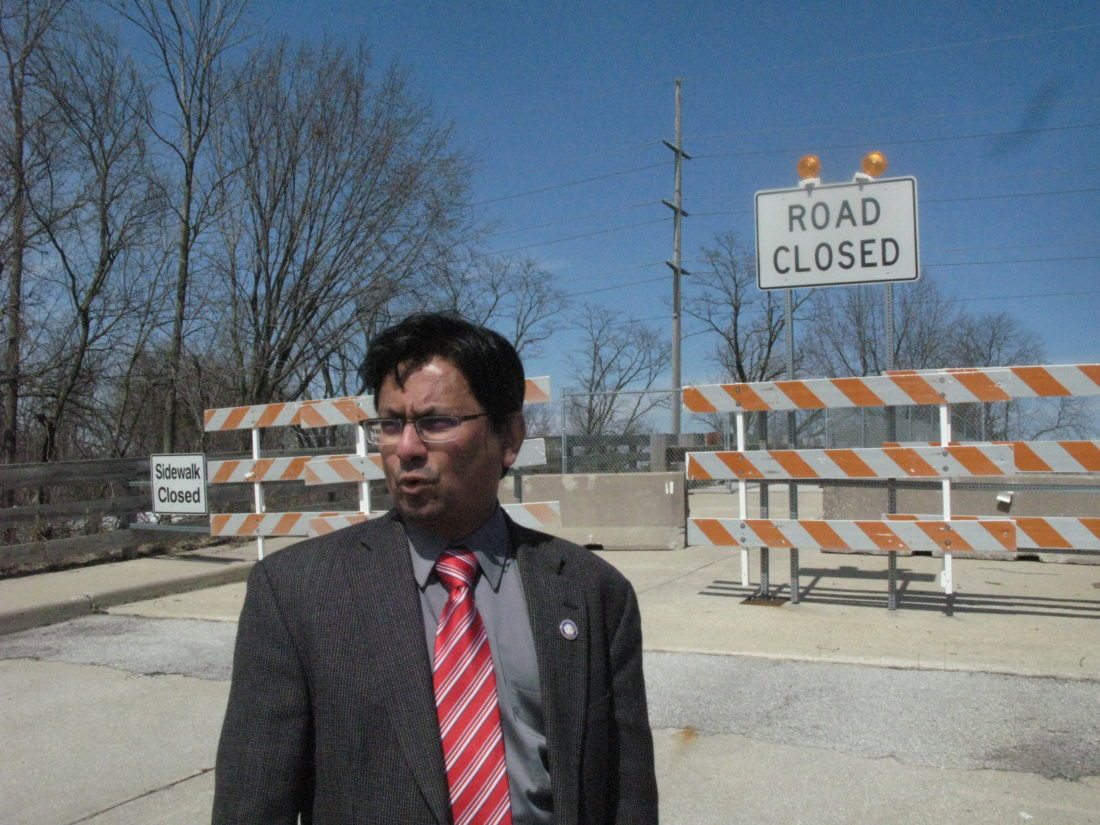 More than four years after deteriorating steel supports forced its closure, the Edsall Avenue Bridge has reopened to traffic.

Mayor Tom Henry, residents and business representatives from the area, city officials and others celebrated the event with a ribbon cutting ceremony Monday afternoon on the bridge over the railroad tracks between Reynolds and Pennsylvania streets.

The closing in July 2015 was recommended after an annual inspection discovered that some of the steel supports on the 72-year-old, 96-foot span had deteriorated. A 4-ton weight limit had already been in place on the bridge, which prior to its reconstruction had last been rehabilitated in 2003.

Although automotive traffic has been prohibited ever since, a 6-foot walkway protected by a chain-link fence allowed pedestrians and bicyclists to cross.

“We are pleased to open this neighborhood bridge. These enhancements improve traffic flow and add safety features that will serve the community for decades to come,” said Shan Gunawardena, director of the Public Works Division. “The new bridge has wider sidewalks with improved hand railing, a concrete barricade separating pedestrians from the roadway, and bridge lighting where there was none before.”

Nearly 1,700 residents, along with 101 businesses and 10 churches are located within a half-mile of the Edsall bridge. For students at Adams Elementary, the completion means safe crossing from the Memorial Park neighborhood located on the north side of the bridge.

“The closure created a challenge for our school family and students. We have many students that used the bridge to get to school from neighborhoods north of the railroad tracks,” said Allison Holland, principal. “The new bridge makes getting to and from school easier, and we appreciate the safety features of a barrier protecting walkers from cars and trucks.”

The camber-shaped concrete bridge design came from Butler Fairman & Seufert Inc. and was constructed by bridge specialists, ICC. Before the bridge closed, nearly 2,000 vehicles traveled the bridge each day.

At the time of its closure the reconstruction was to be coordinated between the county, which owned the bridge deck, the city of Fort Wayne, which is responsible for the approaching streets, and Norfolk Southern Railroad, which owns the right of way and the steel supports. Since then, however, the city has assumed responsibility for bridge maintenance within its jurisdiction.