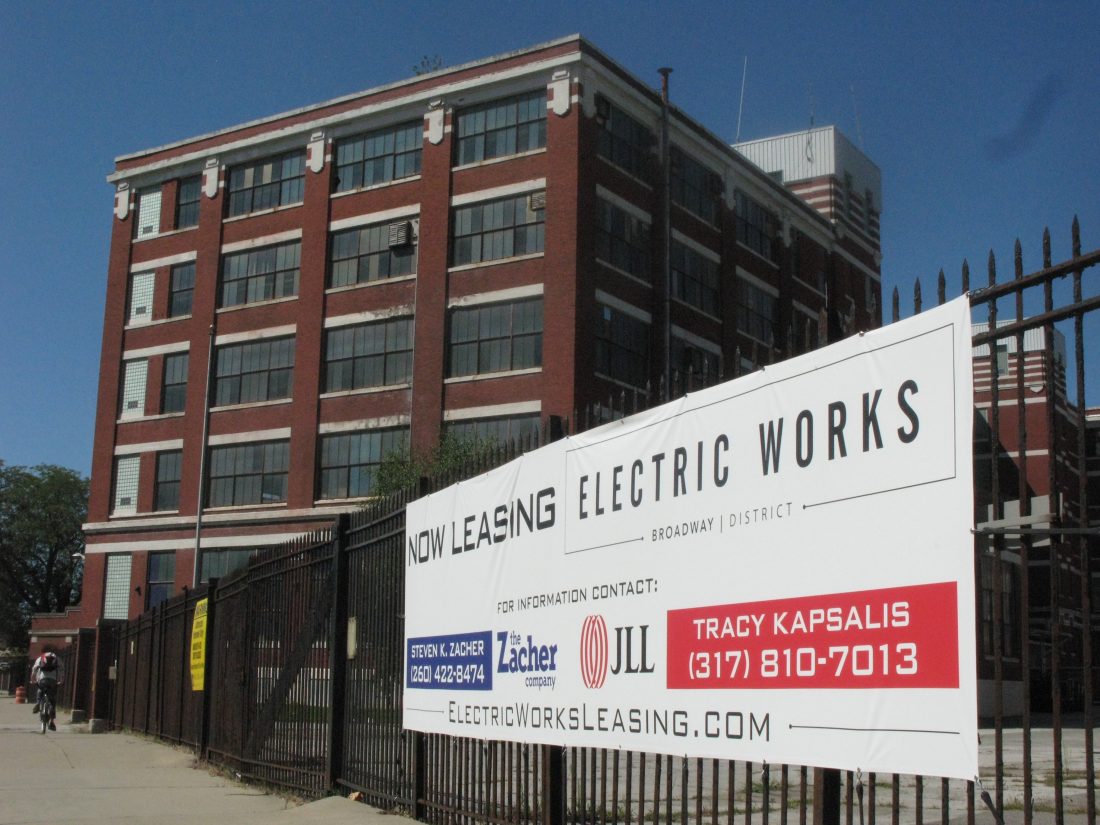 A northeast Indiana native and Purdue graduate, Clint Crowe, with an extensive background in health technology, is bringing his high-tech urban-farming concept to Electric Works.

Sweetwater Urban Farms, which utilizes aeroponic technology to produce nutrient-rich greens and herbs, will open a greenhouse in the food hall at Electric Works. This greenhouse leverages a “zero-mile delivery” system enabling food to be closer to where it is consumed. In addition to offering retail sales of its produce at Electric Works, the company plans to make produce available for delivery to local restaurants, hotels, health care institutions and schools.

The greenhouse is expected to house up to 400 patented commercial Tower Gardens® and produce an estimated 47,000 pounds of produce a year. Tower Garden aeroponic technology re-circulates valuable water requiring only 10 percent of the land and water of traditional growing methods.

Crowe, a Decatur native with nearly 18 years of experience in healthcare technology, founded the Georgia-based company with his wife, Sheree, in 2017.

“When we visited the Electric Works site, we immediately saw the unique potential it offered our company and the community,” Crowe said in a statement. “Being from the region, it’s exciting to come back and see the momentum in the city. Food security is at the heart of any community’s long-term plan, and we see Sweetwater Urban Farms and Electric Works as a strategic starting point and will play a key role in ensuring this community’s future food security.”

Crowe anticipates partnering with area healthcare and educational institutions, and fellow agricultural-business entities to support increased awareness and education of the value of locally sourced food and its impact on health and wellness. The company may also support a planned agriculture-technology program Fort Wayne Community Schools is exploring for its planned STEAM school at Electric Works.