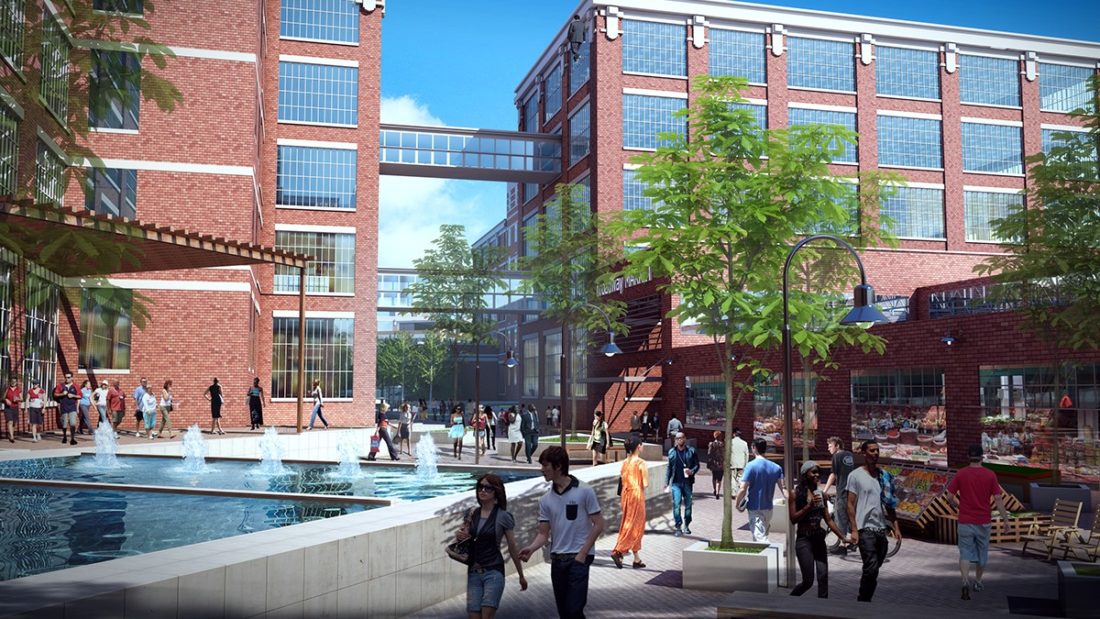 The partnership provides the basis for a three-year agreement between Electric Works development team and Joshua’s Hand, laying out three goals aimed at addressing the region’s shortage of skilled tradespeople and the potential impact it can have on its long-term economic outlook. The agreement includes Weigand Construction, which will serve as construction manager for the project, and several apprenticeship programs overseen by area skilled-trade unions.

“This is not something we or the developers are required to do – it’s something we want to do,” Larry Weigand, CEO of Weigand Construction, said in a statement. “We understand firsthand how important training and preparing the next generation of skilled tradespeople is for our regional economy – and Electric Works, as a regionally transformative project, provides a unique opportunity to lead the way in these efforts.”

U.S. Census data shows the number of young construction workers declined by nearly 30 percent between 2005 and 2016, and that the current demand for these types of jobs continues to outpace the growth of qualified workers. In addition, nearly two-thirds of all U.S. contractors reported difficulty finding skilled workers in a recent survey from the U.S. Chamber of Commerce.

One of the plan’s goals will be for at least 15 percent of participation in construction-related contracts during Phase 1 of the project to come from Minority Business Enterprises (MBEs) and Women Business Enterprises (WBEs). Another goal will be to place at least 20 percent of entry-level hires for the project into apprenticeship-track programs for skilled trades during or following their employment during Phase 1 of construction.

The third goal is to recruit and hire underemployed and unemployed Fort Wayne residents, as well as those interested in pursuing a career in the construction trades.

Joshua’s Hand will leverage existing capabilities, including its project-management experience and existing relationships with several key community organizations, to help the Electric Works development team meet or exceed the project’s goals. Founded in 2010, Joshua’s Hand is a Fort Wayne-based 501(c)3 that empowers individuals, families and businesses to transcend hardships and create positive opportunities through socioeconomic programming and initiatives.