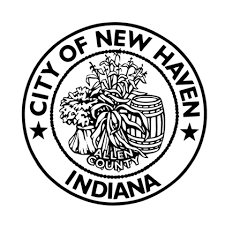 Fort Wayne and the city of New Haven have entered into an agreement allowing Fort Wayne officers to uphold New Haven’s ordinances and respond to calls of stray dogs running loose, injured domestic animals, bite investigations and reports of animal abuse and neglect. New Haven does not currently have an animal shelter or capability to house animals.

Previously New Haven contracted with Allen County Animal Control to pick up animals found stray and deliver them to the shelter. Now, calls regarding animals in New Haven will be dispatched directly to Fort Wayne Animal Care & Control officers.

“More than 300 animals originating from New Haven were brought to us by citizens, Allen County Animal Control and/or a representative for the City of New Haven last year,” Fort Wayne Animal Care & Control Director Amy-Jo Sites said in a statement. “We are pleased to be able to enter into this inter local agreement with the city of New Haven. Other than barking and sanitation complaints, our officers will be providing field services to the residents of New Haven. Since October 1st, our ACO’s have responded to almost 70 calls of service.”

New Haven has agreed to pay a prorated amount for the remainder of 2019 to Fort Wayne Animal Care & Control and $48,578 in 2020. The agreement is to be reviewed every two years.

Animal Control Officers are on duty seven days a week from 6 a.m. to 2 a.m. Should citizens need to surrender their pet, they will be able schedule an appointment with Fort Wayne Animal Care & Control at 3020 Hillegas Road during normal business hours at no additional charge.