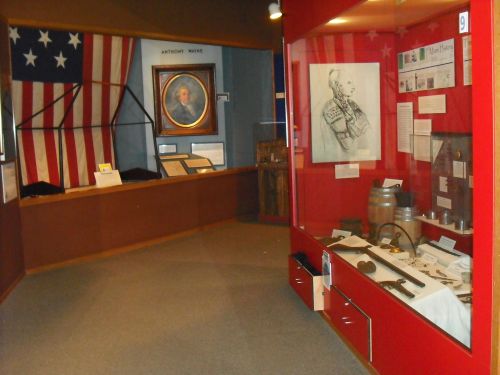 Fort Wayne’s namesake got his day. Now the area’s original inhabitants will get their month.

City Council made certain of that Tuesday in a resolution passed Tuesday that honors Native American Heritage Month and the contributions they have made to the community but also acknowledges its February decision to proclaim July 16th “Mad Anthony Wayne Day” was based in part on flawed history.

The resolution sponsored by Geoff Paddock, D-5th, states that the Miami Tribe of Oklahoma contacted council members after the February vote expressing concerns about the supporting resolution’s accuracy, including its contention that Native Americans were led by their own commanders, not British officers, at the Battle of Fallen Timbers on Aug. 20, 1794. In May the tribe asked council to “accurately portray the histories of the (Miami) people and Gen. Wayne,” Paddock’s resolution states, adding that more than 1,000 people identified as Native Americans live in Fort Wayne.

Supporters of Anthony Wayne Day have said they asked Miamis to participate in the event and to tell their own story, but the tribe declined. Alan D. Gaff, whose book “Bayonets in the Wilderness: Anthony Wayne’s Legion in the Old Northwest” was a source of information for the Wayne resolution, has defended its accuracy — including British command of Native American forces at the Battle of Fallen Timbers.

“History of people and places can be seen through many different lenses, but the overarching hope is to present a fair and accurate accounting of all perspectives, to then be able to move forward as a collaborative community where all histories and beliefs can be expressed and heard,” Tuesday’s resolution states. “All members of the Fort Wayne community should live as neighbors, understanding each other’s histories and contemporary realities.”