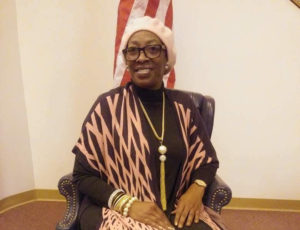 The president of the Fort Wayne chapter of the NAACP will join Allen County Council Jan. 1, succeeding Sharon Tucker in the 1st District.

Tucker will represent the 6th District on City Council starting next year, replacing longtime Councilman Glynn Hines, who was elected to an at-large seat earlier this month. Tucker was unopposed Nov. 5.

Tucker expressed confidence in Curry-Campbell’s ability to do the job.

“She’s new, and there will be a learning curve,” Tucker said. “But she’s not afraid to ask questions. She’ll do fine.”

Curry-Campbell agreed, saying her work at the NAACP has prepared her to deal with the financial decisions that occupy most of council’s time.

“This is not new for me. I’ll push buttons when I have to, but I want to work together to move things forward, not ‘us-vs.-them,’ ” said Curry-Campbell, who will be the only Democrat on the seven-member body. “I want to be a good steward, and make sure things are fair.”