Henry: Past success, new ideas make Fort Wayne ‘as strong as it’s ever been’ 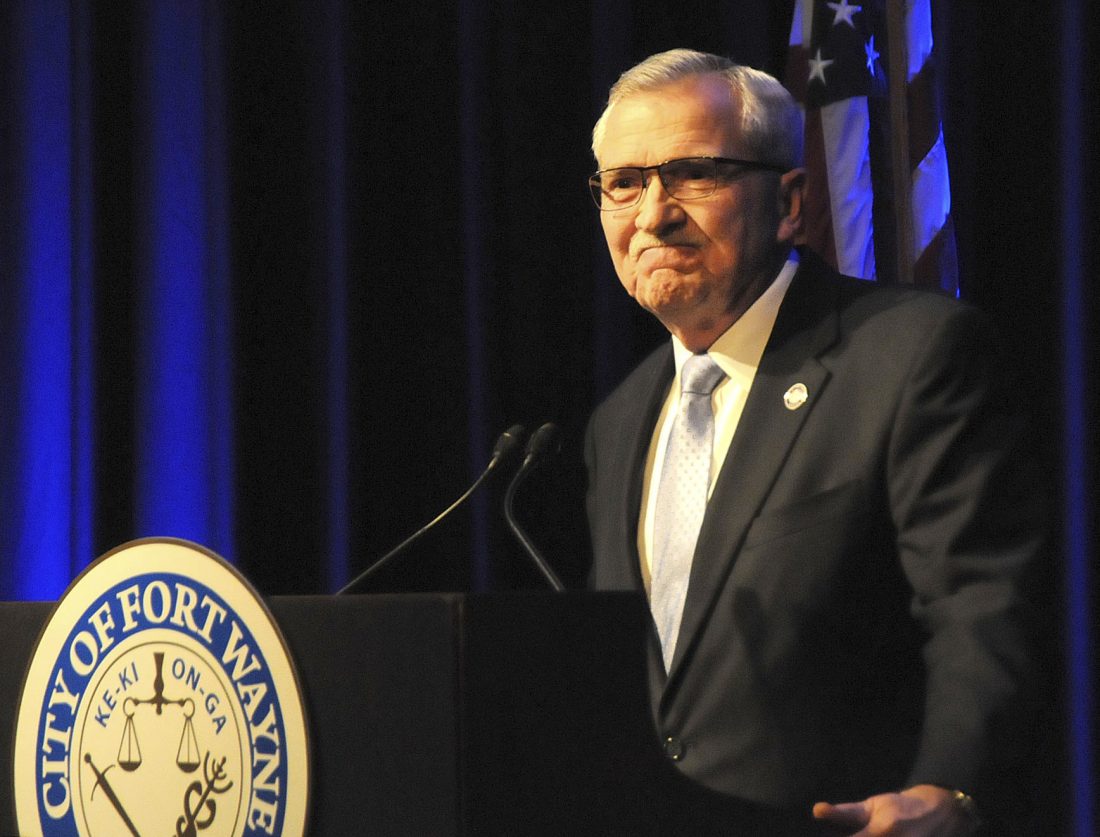 After 12 years in office, Mayor Tom Henry’s talking points, priorities and accomplishments are well known. But in his first State of the City address of what he has said will be his final term, Henry wove a few new initiatives into his well-known litany.

But parts of the city have not seen the growth visible downtown and elsewhere, and in a prepared text of his address Henry paid special attention to southeast Fort Wayne.

Henry said his administration will work to bring residential options and jobs to the area surrounding the former Southtown Mall site. He also proposed creation of a neighborhood center near McKinnie and South Anthony with programs that focus on food and art. The third area of focus, he said, will be the Pontiac and Weisser Park area “to improve the corridor for walkability and create a hub of retail activity.”

He also said police and fire departments will continue to work with Fort Wayne United and the Tenpoint Coalition to reach “young men and boys of color through innovative and practical ways that demonstrate that individuals and families matter (through) assistance in character building, improving self-esteem, employment preparation, educational attainment and overall pride.”

Fleshing out themes he delivered the night of his re-election in November, Henry said “it’s time to reach beyond our comfort zone” in the form of initiatives not always associated with local government. To make Fort Wayne a healthier city, Henry said he will convene leaders of Fort Wayne’s medical and health-care community to “examine challenges and implement strategies to improve the well-being of our community. This will require our collective time, talent and treasure, but it will be worth it.”

Henry also said he will study solar-energy options for all city-owned buildings because “we have an obligation to explore alternative energy sources for the next generation and beyond.”

With the official announcement of Electric Works’ anchor tenant just a day a way, Henry said he’s optimistic the project will become a reality “while being good stewards of taxpayer dollars.” Local governments have pledged $65 million to the $230 million redevelopment of the former General Electric campus.

Henry said construction on certain aspects of Phases II and III of riverfront development could begin in the next 12 to 18 months, and noted the 124-room boutique hotel at Main and Harrison streets is under construction and will open in early 2021. The remaining commercial and retail spaces at The Landing will open this year, and he endorsed Arts United’s plan for a downtown arts campus.

“Together, let’s dig in and make Fort Wayne more than anyone thinks is possible,” He concluded. “The state of our city is as strong as it’s ever been.”