‘We’ll get through this stronger,’ local officials assure public 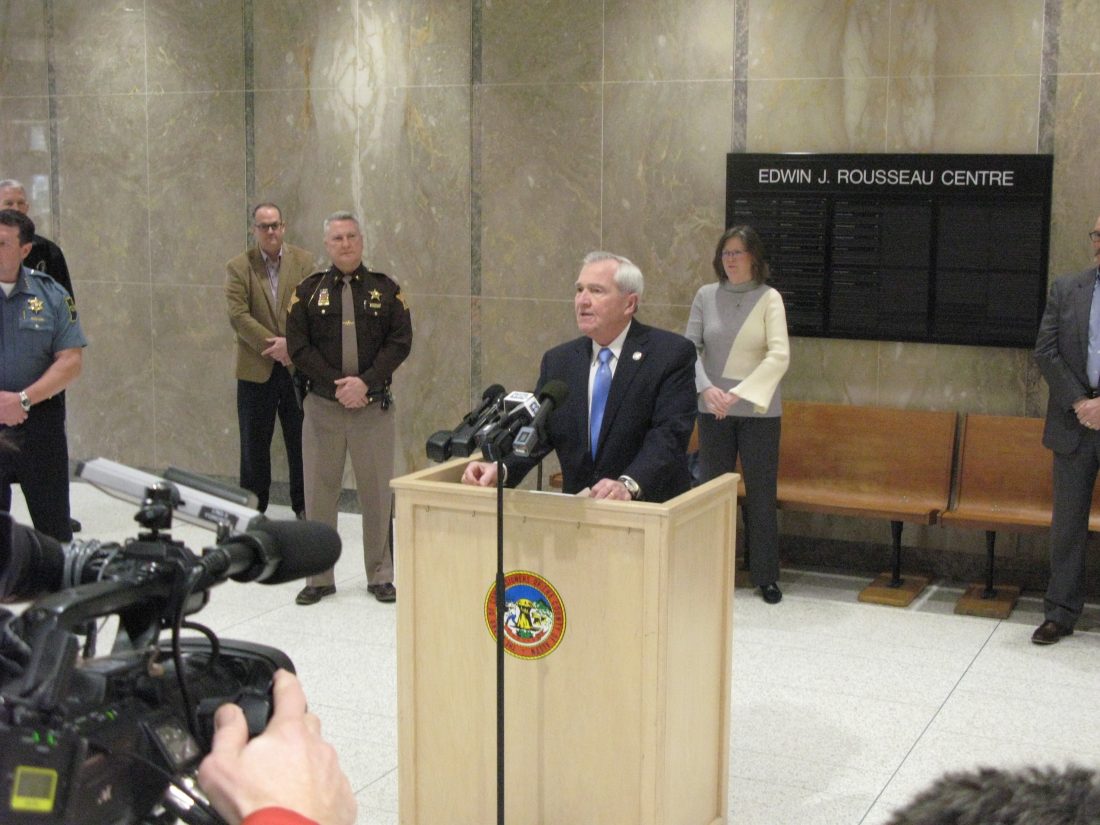 Mayor Tom Henry speaks to reporters at the Rousseau Centre Tuesday as other local officials practice "social distancing" behind him. (News-Sentinel.com photo by Kevin Leininger)

“We will come out of this as a community stronger and better,” Allen County Commissioner Nelson Peters asserted Tuesday as he, Mayor Tom Henry, Health Commissioner Deborah McMahan and other officials sought to reassure the public that necessary but prudent steps are being taken to combat the spread of COVID-19.

McMahan also told reporters during a press conference at the Rousseau Centre that plans are being developed for expended testing and medical bed capacity.

Peters said Holcomb’s order won’t “cripple” the economy and may even induce some businesses to operate more efficiently. “We’ll come through this through collaboration and common sense,” he added. Some businesses have already adjusted to deal with the virus, he noted, including distilleries that are producing hand sanitizer and General Motors, which is beginning to make much-needed respirators.

All Allen County government offices that have remained open will close to the public Wednesday, he said.

McMahan said local governments’ response to COVID-19 has escalated rapidly over the past three weeks in response to an fast-evolving threat. She said more-stringent measures had to wait until COVID-19 was officially declared a pandemic, and praised local officials for acting as quickly as they have.

“This is dangerous, but the community will get through this,” Henry predicted. “We’ve done it before, and we’ll do it again.”

Henry said the public is encouraged to visit www.cityoffortwayne.org, where a community resource page has been created that contains information about COVID-19, local government responses and other organizations that serve the public and how collectively there is help available to those who may need assistance.