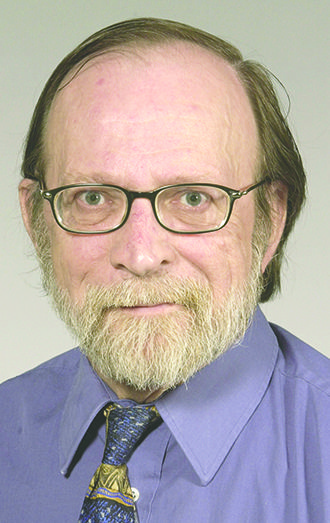 Clichés are the cicadas of language. They disappear for years at a time, then show up in force again when you least expect them, to buzz and click their way into your brain. This season’s returnee is “sweet spot” as a political goal.

The Times of Northwest Indiana had a story in which Senate President Pro Tem Rodric Bray (R-Matinsville) speculated that everybody being “a little bit agitated” over the hate crimes bill might be a sign that “we hit it down the middle and got the sweet spot.”

The Indiana Lawyer reported that House Speaker Brian Bosma (R-Indianapolis) is pleased with “the four lady legislators” who worked on the General Assembly’s sexual harassment policy and is confident they “hit the sweet spot on it and we’ll work through any nuances.”

The Journal Gazette of Fort Wayne even managed to work in a bit of bipartisanship. Bray told the newspaper that legislators are trying to find “the sweet spot for that language” on mental health services and sex education “that can let the schools function and do what they need to do but also protect the rights of parents.” And House Democratic Leader Phil GiaQuinta (D-Fort Wayne) said a gambling bill was hard to come up with this session because “every change made in the gaming landscape helps one entity and hurts another – making the sweet spot hard to find.”

Clearly this mysterious sweet spot is something to be highly desired. It seems to be that secret place in the legislative zone that, when touched, causes delirious ecstasy. Call it the S spot.

But legislators, as only they can, have twisted the original meaning of the phrase. The term originates with baseball and the fact that the “sweet spot” is the area on the barrel (the thickest part) of the bat that provides the most power on contact with the ball. In other words, connecting with the ball there provides the greatest likelihood for a home run instead of a piddly little single or double. (Some golfers, it should be noted, claim the term originates with their sport. Pay them no mind.)

Hitting home runs, however, is not the usual goal of legislators, who must spend so much time compromising with this or that faction that most of the runs they score started with a base on balls.

Just listen to their language – Bosma’s yearning for “nuances” and Bray’s defensiveness over “agitation.” This is not the way power hitters talk. These are bunters. Clearly there is a newer meaning at work here.

Language columnist William Safire called it “a more exhilarating version of the happy medium.” “Remember the tale of ‘Goldilocks and the Three Bears’? She faced three bowls of the bears’ cereal, tasted one and exclaimed, ‘This porridge is too hot!’ The next was too cold, but the third caused her to purr, ‘Ahhh, this porridge is just right,’ and ‘she ate it all up,’ to the consternation of the returning three bears. Economists wondering whether the economy is overheating or cooling hope we are in ‘the Goldilocks economy’ – just right – and those who are bearish or bullish today may soon wonder whatever happened to today’s sweet spot.”

The legislative “sweet spot,” then, is the happy medium achieved when one interest group gets enough to be appeased while the competing interest group loses too little to be alarmed.

And the general public, unfortunately, is not an interest group. We are the farm team for the players, and we pay for the bats, but nobody cares about our sweet spots.

So now that another session of the General Assembly is, um, in the record books, we’ll have to come up with our own way of compiling the statistics.

If I were going by the original meaning of sweet spot, I’d say it is the thickest part of my head, where I can be hit the hardest with legislative nonsense and have the least amount of brain damage done. But going by the legislative redefinition, I’ll be searching for that happy-medium point at which I am not so angry at how much of my tax money was wasted that I lose the ability to be happy over having any money left at all.

That’s a low bar, I know. But taxpayers gave up on home runs a long time ago.

–Leo Morris is a columnist for the Indiana Policy Review. Email – leoedits@yahoo.com.