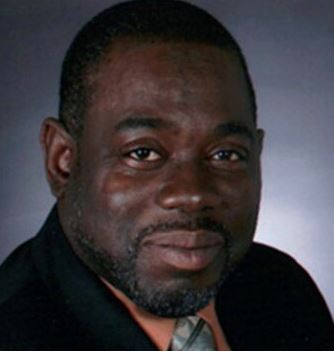 Former pastor of the Renaissance Baptist Church and former president of the Fort Wayne branch of the NAACP, the Rev. Michael Latham Sr.’s life was to be celebrated today in a funeral service at The Chapel following his death on May 3.

In a statement through New Horizon Church – where his son Michael Latham Jr. is senior pastor – Latham’s family hailed Latham as “an outstanding leader and pioneer in the Fort Wayne community.” Certainly, Latham’s legacy and community contributions should be lauded.

Latham was born on Nov. 23, 1960, in Tuscaloosa, Ala.. His family moved to Fort Wayne in 1970, and he graduated from Northrop High School in 1979. He continued his education with the Seeker’s Sabbatical at Union Theological Seminary in New York, Fort Wayne Bible College and Simmons Bible College in Fort Wayne and Marion. Latham was ordained in 1989 after he said he felt God calling him to organize Renaissance Baptist Church, which he began with 13 members on Hanna Street.

His resume grew long through the years as shown in his obituary – he served on the Faith Based Advisory Committee for the State of Indiana, was a member of the Fort Wayne Area Seekers Pastors Group, the Interdenominational Ministerial Alliance of Fort Wayne and Concerned Ministers of Fort Wayne.

Latham worked for Family and Social Services as chaplain for the State of Indiana under Gov. Mitch Daniels. He served as the president of the local NAACP Fort Wayne-Allen County branch for 10 years, served as the chaplain for the Fort Wayne Police Department and assisted in organizing the Allen County Jail chaplain’s initiative. He served on a number of other civic boards and organizations.

In an article by The News-Sentinel’s Kevin Kilbane upon Latham’s retirement in October 2015, Latham said he didn’t plan to become a minister as a boy growing up in Tuscaloosa, but after moving to Fort Wayne with his mother he said he felt the call to preach at age 14. But he ran from that call, he said, in large part because he couldn’t read.

He never could read, he told Kilbane, and after becoming licensed to preach in 1980, he prepared sermons by using a computer program that read the Bible for him as he listened.

Latham had his share of adversity. He was diabetic. He contracted meningitis in 2007, about the same time he went through a divorce. He had brain surgery in 2009 and suffered a stroke in 2014. He lost his final attempt at re-election as NAACP leader, and was defeated in attempts to run for election to the Fort Wayne City Council in 2011 and as local Democratic Party chairman.

One of the toughest things he said he went through was when the 2006 shooting death of his 20-year-old nephew, Antoine Latham. Two years before that, Antoine had been the inspiration for Latham’s “United for a Change” program, which found jobs for troubled teens.

“I’m not happy about everything that has happened, but I’ve certainly been blessed,” Latham told The News-Sentinel in 2008. “When you nearly die, you look at things differently. This has made me a more-praying person, a better person.”

Latham dedicated his life to the community, and we publicly acclaim his tireless service to the people he loved.