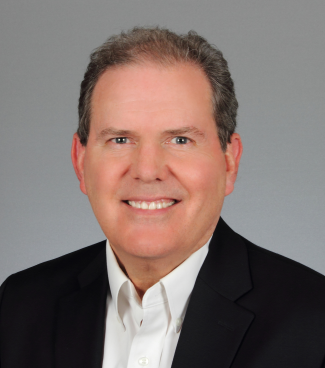 Kevin Leininger’s column on Tuesday questions the credibility of Turning Rust to Gold without successfully contradicting any of its facts. Instead, he focuses on a presumed struggle over who gets credit for developments in Fort Wayne.

Is Electric Works, the largest redevelopment attempt in Fort Wayne’s history, really about who gets the credit? That may or may not be the case on City Hall’s side. On the proponents’ side, it is and was about getting the project completed. And here City Hall has been not a friend, but the key opponent.

There are multiple examples of a process that caused near-fatal delays thanks to a type of developer agreement that no other project in the city had to undergo. In fact, the city’s deal was so draconian that two outside experts queried by The Journal Gazette found the deal highly unusual. Tom Tuttle and Rick Dickinson found the agreement slanted against the developers in ways that one (Dickinson) found “punitive” and the other (Tuttle) found was evidence that the city did not like the developer.

The city inserted itself into leasing decisions and otherwise tied the developers’ hands with red tape. One person close to the process indicated to me that he had “file cabinets full of evidence” that the city opposed the project. Even a supporter of the mayor and of Electric Works, Chuck Surack, admitted at one point that the mayor and deputy mayor did not like the project. Deputy Mayor Karl Bandemer made his negative opinions clear to many people, including to some considering leases in the building.

Yet publicly, the mayor said he favored the project. Here, then, is a case where the mayor hoped to have it two ways: to be seen as favoring the popular project, but semi-covertly opposing it. This is not so much a matter of “credit” as about honesty. The mayor was doing his darnedest to sink the most transformational project in the city’s history, one that attracted attention from national media ranging from The Wall Street Journal to The Atlantic to Bloomberg to The Huffington Post.

Meanwhile, in less than a third of the time it took for the city to approve the deal, the state and federal governments moved forward with their approvals of sums with a combined total of $88.5 million. No punitive, one-of-a-kind contracts were required.

Just as the Electric Works situation is more about the lack of forthrightness in City Hall than about “credit,” so the business v. government dichotomy Leininger mentions is a straw man. Democratically elected officials should always take responsibility for the funds they allocate. But they need not threaten those who offer a vision for a new Fort Wayne.

Public officials should hold the power of the purse and of course can pursue projects they believe the city needs. They should not, however, claim to support the biggest redevelopment project of them all while quietly attempting to bury it.

– Chris Mead of Oakton, Va., is the author of “Turning Rust to Gold: Fort Wayne’s Fight for Revival.” The book was commissioned and published by former Greater Fort Wayne Inc. CEO Eric Doden.