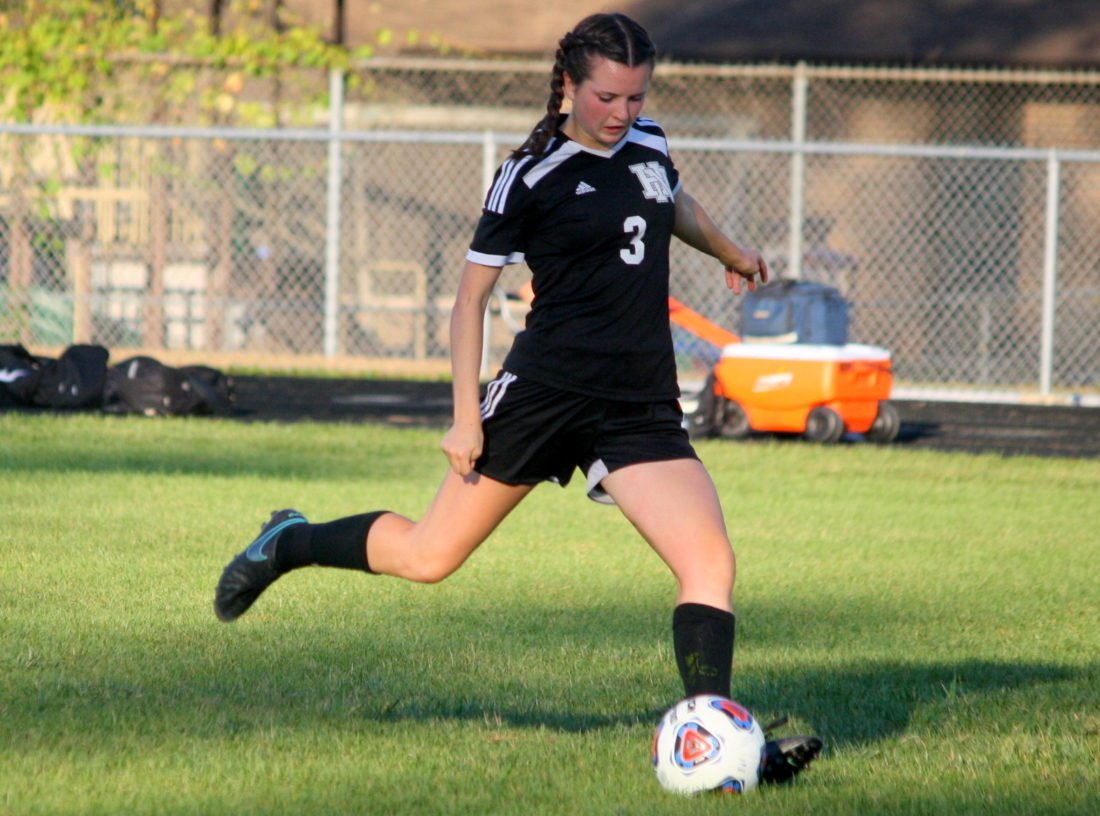 Huntington North's Hannah Tillett prepares to kick the ball during a game this season. (Photo by Don Converset for News-Sentinel.com)

When asked to describe Huntington North senior midfielder Hannah Tillett, her coach needed one second and one word.

Tillett’s numbers give the casual observer at least a starting point to illustrate why Steele picked that word. She scored 45 goals with 40 assists this season, numbers that ranked her third in the nation in points and first in the nation in assists, according to MaxPreps.com.

But it’s more than numbers. It’s the way she attacks everything about soccer en route to becoming The News-Sentinel 2017 Girls Soccer Player of the Year.

“She has a desire and competitiveness that exceeds a lot of girls you see throughout high school soccer,” Steele said. “If she loses the ball, she’s the first one winning that ball back. Some players will lose a ball and drop their head. She goes right back at it.”

Tillett’s tenacity extends to her year-round schedule. She plays on two club teams –Fort Wayne United and FC Pride in Indianapolis. Her parents will drive her to her Indy workouts or games while she tends to schoolwork in the car. When she’s not at a high school or club workout, she’ll often schedule individual time to work on her game as she prepares to play at Middle Tennessee State next year.

Tillett finished her high school career with 107 goals and 98 assists. Huntington North was 31-4-1 over the last two years.

“There were a lot of games where Hannah could have kept the ball to herself and scored goal after goal after goal,” Steele said. “She always involved her teammates and made sure they felt like they were part of the team. She created opportunities for them.”

Tillett said she felt she made definite strides in her game from her junior to senior seasons.

“I’m not near a finished product,” Tillett said. “High school soccer allowed me to work on attacking with speed and finishing. As a team, we scored a lot of goals this season and part of that was our ability to go fast.”

Steele points to Tillett’s speed, which complements her tenacity, as a key to her prolific production.

“She brings a different dynamic for a lot of high school defenders,” Steele said. “They’re not used to girls going at the fast rate Hannah plays at.”