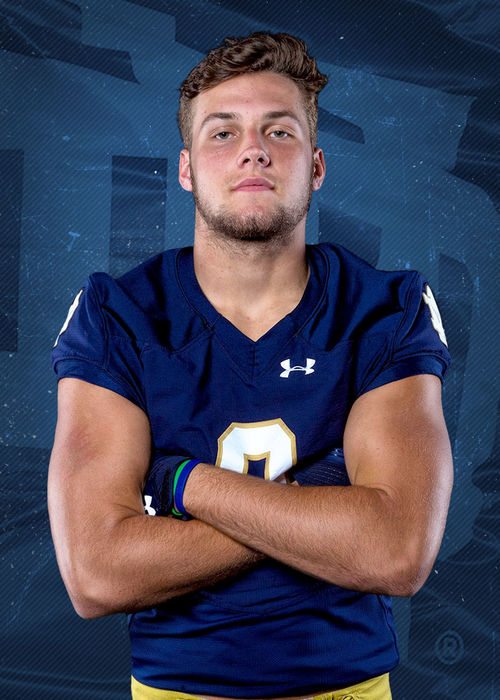 News-Sentinel.com sports reporter Tom Davis has been writing on the Fighting Irish for nearly two decades and is taking a daily look at each recruit leading up to the traditional National Signing Day (Feb. 7).

Here is the second of the 21 recruiting profiles:

The appeal of Notre Dame, with its storied tradition of producing tight ends that ultimately play professionally resonated with Takacs, followig a standout career at Gulf Coast High School in Naples, Fla.

The 6-foot-6, 244-pound athlete was selected to participate in the recent U.S. Army All-American Bowl in San Antonio and is one of seven Fighting Irish recruits that enrolled early and began classes Monday.

Takacs not only has the athleticism that is needed as a pass-catcher, but he also is a solid blocker at this stage of his career. You can’t teach size and Takacs already possesses the height and some degree of strength/bulk to make him capable of competing at the collegiate level.

RELATED STORY:Notre Dame recruits to take field today with some of nation’s best, if not all

RELATED STORY:Notre Dame adds ‘best QB in the country’ for 2018

Takacs is rated anywhere from fifth to 15th among the nation’s top tight ends, depending on the scouting service.

He is also generally regarded as one of the top 50 players from 2018 to come out of the state of Florida, which means something given that state’s talent level.

Takacs has the size and strength to hold his own, but it will be a climb up the Fighting Irish depth chart.

“The tight end position,” Kelly said on National Signing Day last month, “we’re losing Durham, so we needed to replace that and then add into this cycle. George and Tommy are terrific athletes that can be in line or they can spread out.”

“They keep fitting the exact profile that we’ve been recruiting over the last few years at that position.”