Indiana University linebacker Dameon Willis Jr. feels ‘joy’ in his decision to return for another season 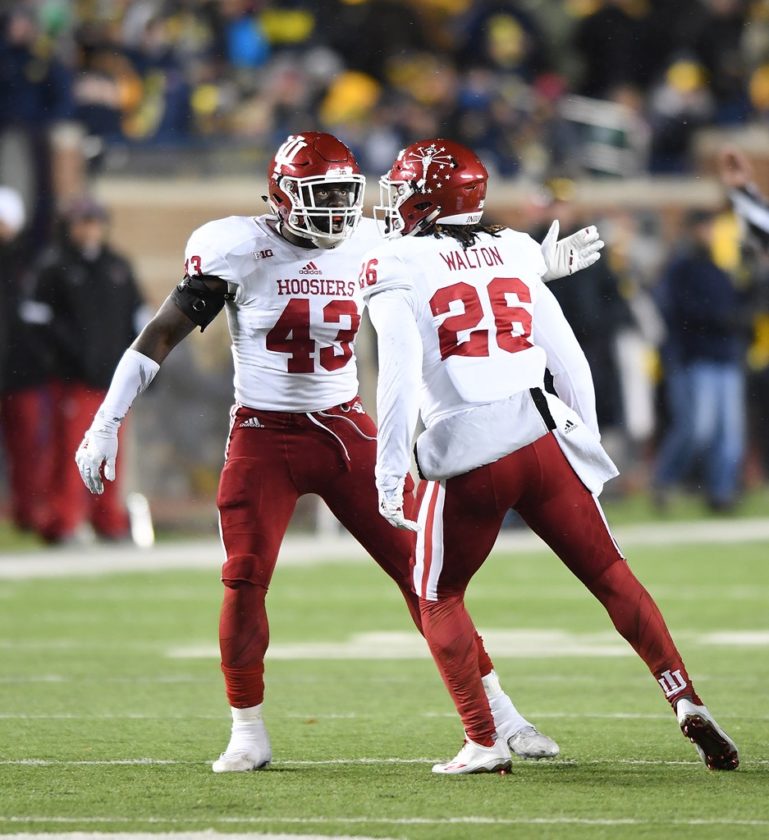 Willis wanted to return for a fifth season of football. He’d gone through Senior Day activities as a redshirt junior last fall, knowing he’d have his degree in sports media with a minor in creative advertising strategies.

Academically, the linebacker was set to walk away. His heart had other ideas.

“I always knew, in the back of my mind, I need to come back,” Willis said Tuesday. “(Allen) was excited. He knows me personally. We got to know each other. It’s bigger than football with myself and Coach Allen. He understood where I was and where we needed to go.”

Willis also thought back to his incoming class of 2014, with linebacker friends such as Tegray Scales and Chris Covington, and how they had vowed to change the IU football culture. The mission is part way there, and some of that class has moved on, including Scales and Covington. But Willis knew he had to take advantage of his remaining eligibility after redshirting as a freshman. He will enroll in graduate studies and return to the field.

Allen was a big drawing card, too.

Willis ranked seventh on the team in tackles last season and expects to give added depth to a linebackers corps that will be fairly young.

“I’m excited to bring the fun aspect to the game, and bring that out with your brothers,” Willis said. “It’s the same game we’ve been playing since we were little. It’s a game that’s meant to be fun, the same game you’ve loved no matter how big it is.

“I’m excited to bring that sense of urgency and be the bridge to the younger guys like Mo Burnam, Thomas Allen Jr., Mike McGinnis, Reakwon Jones and let those guys know,” he said. “It’s going to happen. Play ball like you’ve been doing. Guys are very excited and working hard at it.”

Allen said a couple of weeks ago that he was eager to see Willis back on the field.

“That’s huge,” Allen told reporters. “He was our most experienced linebacker coming back. We had some good heart to hearts and we’re really excited to get him back with us. He’s anxious to get back at it. His body’s healed up and I think he’s going to be a big part of our future.”

Willis said he talked to Scales and Covington before his return and Scales mentioned the phrase “unfinished business.” It wasn’t time for Willis to let go of the game just yet.

“I’m excited,” Willis said. “I’m a kid at heart. I feel like I’m back in high school playing for (Cleveland) Saint Ignatius. That joy has come back.”