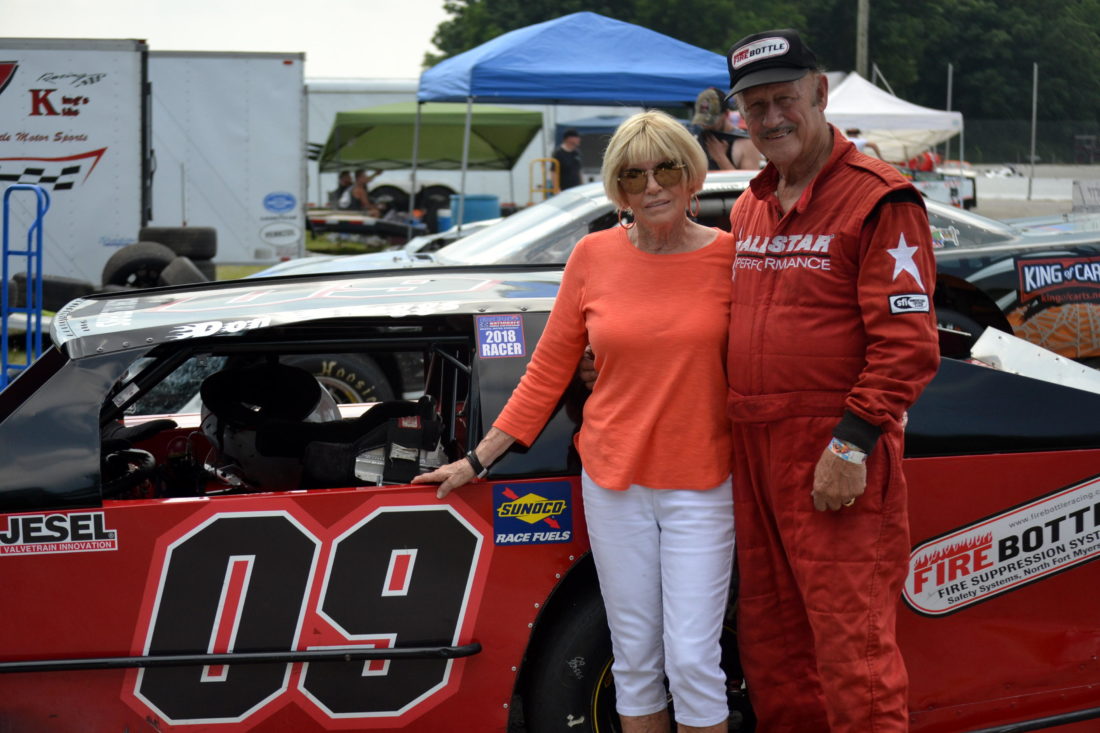 As Don Skaggs celebrated his 79th birthday in May, his wife Marcia asked if this was his last year racing, and if it was, reminded him to make sure he visited everywhere he wanted to go.

He just gave a noncommittal grunt and of course, showed up at the track again the following Saturday.

“I didn’t agree to it,” he said with a chuckle. “I’d like to race when I’m 80 at least so I’ll probably have another year after this.”

And why not? He’s having a ton of fun, he’d get bored if he wasn’t racing and start to get in his wife’s way around the house instead of spending most his time out in the workshop. And Marcia may ask, but she fully supports her husband of 59 years. They met on a blind date when he was 17 and she was 15 in Linn, Ind., and wrote back and forth while he was in the Marines for two years. Now they live in Modoc, a town of about 200 people near the crossroads of Indiana 1 and U.S. 36.

RELATED: Racing at Baer Field Motorsports Park is family business for the Gattons

“You know what, I have never told him he could not race,” she said. “He absolutely loves it. If I threw a fit, he might quit, but then again maybe not. He just really loves it, and we’re both in really good health. Every day we’re busy doing something.”

He should since he’s still winning enough to keep things interesting. He won a heat race at Baer Field Motorsports Park a few weeks ago and recently won a race at Winchester Speedway. He races every weekend somewhere in the Midwest throughout the summer and then heads South as the weather changes. He won the North-South Shootout at Concord, N.C. a couple years ago. He figures he’s been racing at least 30 times a year for the past 31.

“They aren’t running over me,” he said with a chuckle. “I’m right there. I’m the guy doing the bumping.”

Skaggs started his racing career at age 16 in 1955, took about 15 years off to raise his son and daughter with Marcia and before hitting the gas pedal again. He once joked that Abraham Lincoln was his first sponsor, but that John Wilkes Booth messed that up. Don Jr. raced with his dad before retiring to take over the family business, Safety Systems of Fort Myers, Fla. With help from his son-in-law, Dan Huffman, Skaggs designed a firebottle suppression system for race cars.

Skaggs said he has no idea how many races he’s run or how many he has won. There’s probably no reason he should start keeping track now because it might take some of the fun out of it. Why change something that’s still working?