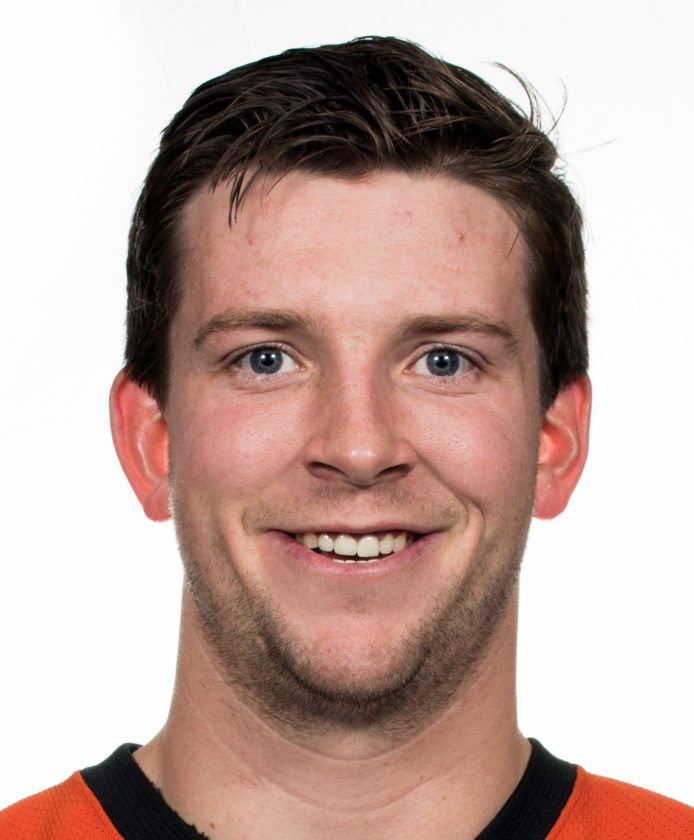 After waiting for a few weeks to make the announcement, the Belfast Giants of the Elite Ice Hockey League announced Thursday they have signed Fort Wayne Komets defenseman Curtis Leonard. Leonard, 25, scored three goals and 21 points in 71 games with the Komets last year, but he led the ECHL for most of the season in plus-minus with a plus-34.

It’s been a remarkable progression for a player who came to the Komets for 10 games in 2015-16 as a fill-in, but who built himself into one of the league’s top defensive defensemen. Leonard received an award from his peers in the Professional Hockey Players Association on Tuesday as one of the ECHL’s top defensemen.

The deal with Belfast was too good to turn down, Leonard said, especially considering the Giants will pay for him to get his Masters in Business Administration at Ulster University.

“It’s a great opportunity and I’m excited,” Leonard said. “I’ve heard a lot of good things about the team and how competitive they are, and I can’t wait to explore Belfast. This was very tempting. I think this is a no-brainer.”

Before he started his pro career in 2014, Leonard received a management degree from Rensselaer Polytechnic Institute in Troy, N.Y. He had always planned on returning to school after his playing days.

“I really loved playing hockey and going to school at the same time,” he said. “I loved going to class and learning and meeting people from different walks of life that you might not have gotten the chance to before.”

It also helps that his best friend from Ontario, Darcy Murphy, played for the Giants this past season.

“I absolutely loved playing in Fort Wayne,” Leonard said. “It was always fun to play in The Jungle, and I’m going to miss it. I really enjoyed my time there, especially with my teammates. It’s been a home away from home the last two years, but I’m excited for the new adventure in Europe.”