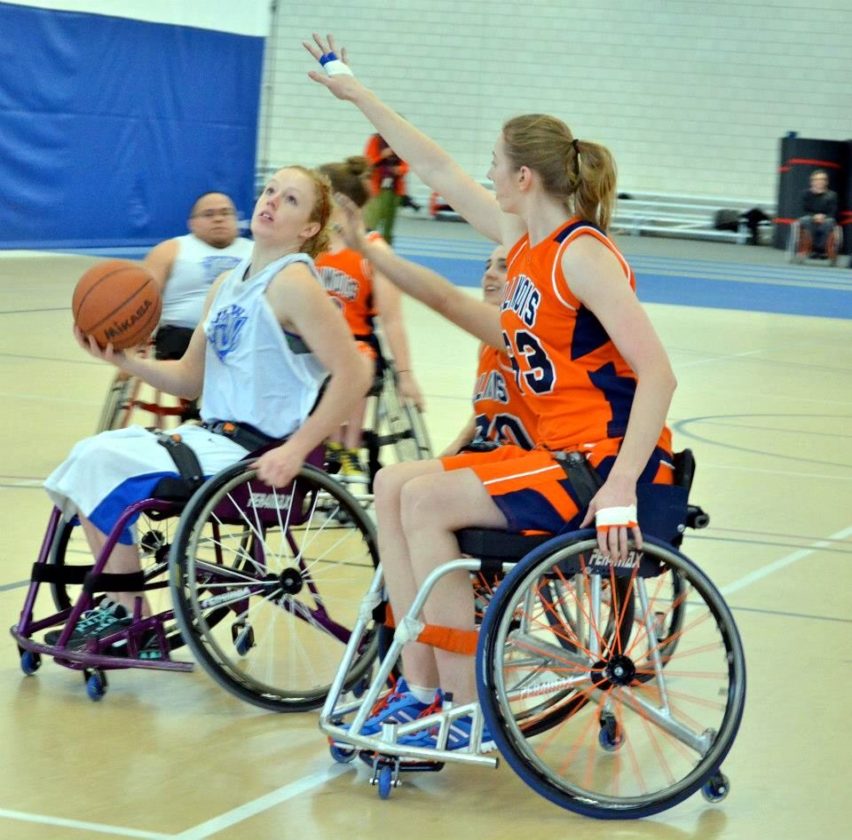 Fort Wayne’s Shelby Gruss has received a remarkable honor as a member of the United States Women’s World Championship wheelchair basketball team. After being on the team for little more than a year, the Bishop Luers graduate has been named co-captain as the team prepares for next month’s 2018 IWBF World Championships in Hamburg, Germany.

A former University of Illinois player, Gruss, 26, made the team after a three-day tryout camp in February 2017. Morgan Wood, 26, is the other co-captain. Gruss and Wood are the two oldest players on the roster.

“We looked at people who were buying into the system and set a great example,” coach Trooper Johnson said. “They’re going to be amazing leaders, and are ready to put their stamp on the team. They make sure everyone is moving along — especially the younger team members. Obviously their maturity plays a role in that.”

As an 18-year-old senior in 2010, Gruss was attempting a big air jump while snowboarding over Christmas break in Ohio. The board flipped from under and she landed on her shoulder and upper back, breaking the T8 and dislocating the T9 vertebrae, paralyzing her from the waist down.

She rebuilt her life and her game, studying and playing at the University of Illinois. Now working on her doctorate in plant breeding and genetics at Purdue, Gruss played for the U.S. at the World Cup in Columbia last summer, winning a silver medal and qualifying the team for the world championships.

Because she’s only been playing for 5 1/2 years, Gruss is technically still a very young player in wheelchair basketball. She’s still learning to perfect reacting and thinking the game in a different way, honing her instincts which also means she’s still improving. There’s still the motivation of making the 2020 Paralympics in Tokyo.