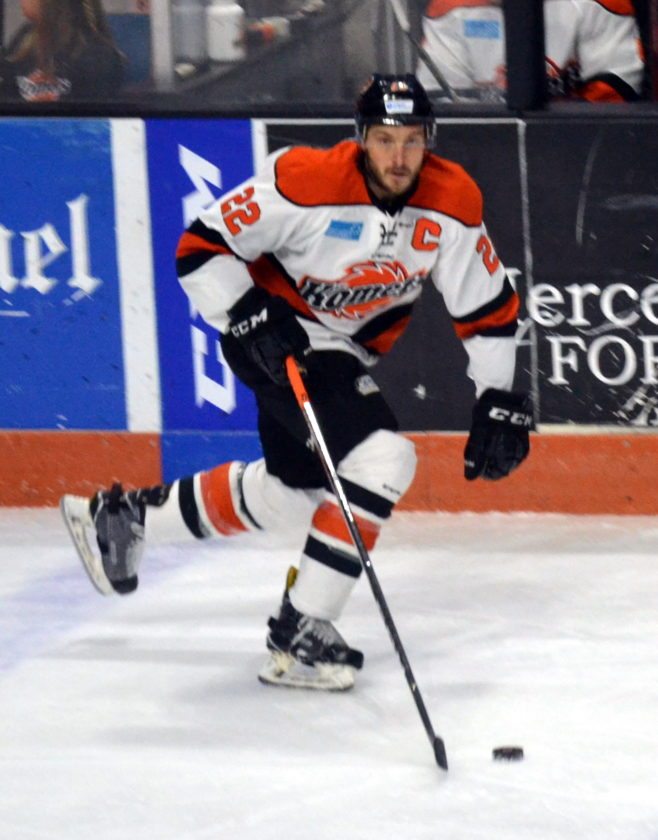 Though he’s 35 years old and has been a professional player since 2004, Jamie Schaafsma only thought about retirement this summer just long enough to know he doesn’t want to.

“It’s always in the back of your mind when you are my age, but the thing about it is I love the game too much,” Schaafsma said. “It’s hard for me to even picture not being able to play hockey.”

It’s hard for the Fort Wayne Komets, too, who made their captain one of their early-summer signings on Thursday, along with defenseman Jason Binkley and Ryan Lowney. That gives the Komets five players under contract ahead of Saturday’s ECHL qualifying offer deadline and helps provide the leadership foundation for next season.

With five Komets signing to play in Europe next fall, there will be more leadership opportunities for Binkley and Lowney who will both be entering their third season in Fort Wayne.

Schaafsma said he’s already walking around with some soreness from pushing his summer workouts.

“I’m looking forward to a bounceback year for myself, but to keep building on the championship culture I feel we’re building in Fort Wayne,” he said. “We have good chemistry in that locker room. A lot of big players are leaving, and we’re going to have a big job to do, but the culture has to stay up and I know I’m a big part of that.

“It’s on us to keep the standards and expectations high within the players next year. We want to be a team that is in the mix every season for a title, and I believe we can do that.”

Sometimes building that culture can be a challenge, Schaafsma said, because many younger players are looking for their own numbers and their own chance to move up quickly to the American Hockey League. Sometimes it takes a little time to understand that winning teams help individual players, too.

“That’s perfectly normal because you want them to be striving for the next level, but you have to teach them to be good team players, too,” Schaafsma said. “Ultimately, everyone’s goal is to win and before you can set yourself apart, you have to be a good teammate and play for the team. That’s the attitude we try to instill.

“It can be difficult depending on the personalities you get in the room, but last year I really, really liked the character we had in the room and it wasn’t difficult to manage the players. We had a lot of good voices in the room who knew what it took. It’s striving for greatness.”

This will be Schaafsma’s fourth season in Fort Wayne.