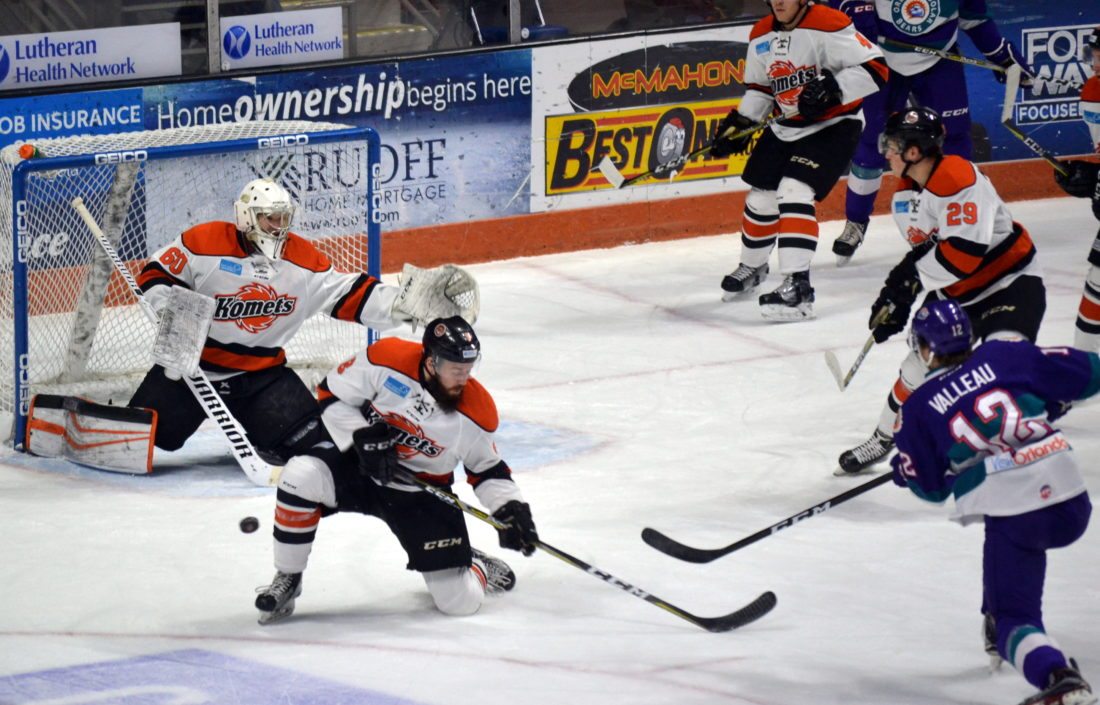 That may seem a bit strange considering everyone but Roy has already signed to play somewhere else next season, but that also allows the Komets to have exclusive rights if any of those players decided to return to the United States and play during the season.

“We decided not to issue anymore,” Komets General Manager David Franke said. “Just because we didn’t qualify a guy doesn’t mean we still don’t have interest.”

The signings of Sol and Crunk gives the Komets seven players under contract for next season along with Kevin Gibson, Anthony Petrozzelli, Jamie Schaafsma, Ryan Lowney and Jason Binkley. Sol and Schaafsma are two of the team’s permitted four veterans.

“We’re putting the core group together and that’s where we always start,” Franke said. “We start there and build off of that. We’re doing everything we need to do at this point and time.”

Franke said the team is continuing to attempt to find a new affiliate and is now in full recruiting mode for free agents. Many players who were on two-way AHL/ECHL contracts found out over the last two days if their contracts were being renewed.

“Everybody wants an AHL deal at this time, and they start to realize later on that it’s probably not going to happen,” Franke said. “Now people have to figure out what their next step is.”

Sol, 27, returns for his fifth season in Fort Wayne after establishing career-best numbers last year for goals, assists and points. He earned the Komets’ team award for Defenseman of the Year.

Crunk, 23, missed half the season after undergoing hip surgery. He played 28 games last year with the Komets, with six assists.