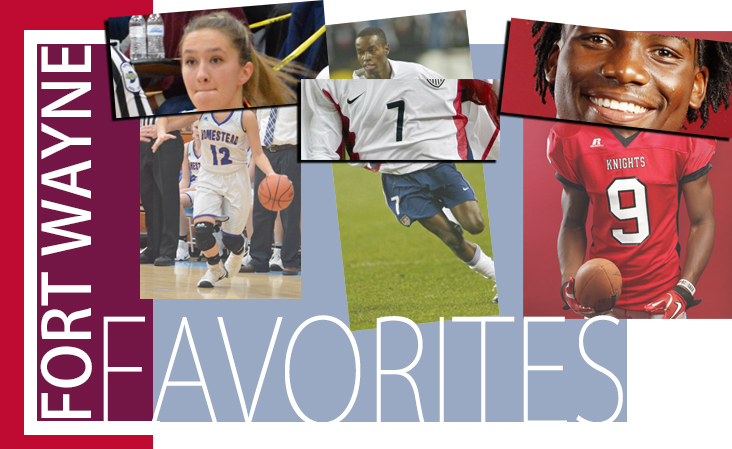 Who is Fort Wayne’s favorite baseball player? You get to decide by voting for one of these 10 candidates. We’ll announce the results next Monday.

Bowen, a Homestead graduate and a second-round pick in the 1999 draft, played five years in the big leagues with Minnesota, San Diego, Oakland and the Chicago Cubs as a catcher. He made his Major League Baseball debut on Sept. 1, 2003, with Minnesota and retired in 2008 with 216 games, nine home runs and 43 runs batted in. He finished with a .209 career batting average. He was inducted into the Northeast Indiana Baseball Hall of Fame in 2011.

SEE EVERY STORY IN THE “FORT WAYNE FAVORITE” SUMMER SERIES

During a 13-year career, the former New Haven High School star was drafted in the 27th round by the Phillies in 1993 after earning all-Missouri Valley Conference honors at Indiana State. His Major League highlight was playing 137 games over two seasons with the Philadelphia Phillies as a second baseman. He hit .267 in 105 at-bats in 1996 with 1 home run and 8 RBI. He signed briefly with Pittsburgh, San Francisco and Arizona before playing in Mexico before his retirement in 2006. He was inducted into the Northeast Indiana Baseball Hall of Fame in 2007.

Gaff, a Churubusco native, pitched three years for the New York Mets from 1982 to 1984. He appeared in 58 games with a 4-5 record and 4.06 earned-run average. Drafted by the Mets in the sixth round of the 1977 draft, he was 23 years old when he first pitched in the big leagues on July 7, 1982. He appeared in 47 games but because of a partial rotator cuff tear, Gaff missed the entire season and was released in November 1985. His career numbers are a 4-5 record with a 4.06 earned run average in 58 games with one save.

The 1961 South Side graduate signed with the Cleveland Indians in 1961 and started a steady climb to the majors that culminated in 1965. Hargan won his first major-league game, 6-3 over the California Angels. Two years later, he was named to the American League roster for the All-Star Game, but he pulled a leg muscle in his last start and could only hobble out for the introductions. That season he led the American League with six shutouts and had a 2.62 earned run average. Hargan’s major-league career record is 87-107, with a 3.92 earned run average in 354 games.

The New Haven-native was a catcher who hit .300 or better in six seasons with the Cincinnati Reds. He had a career year in 1926, hitting .353 in 326 at-bats to win the National League batting title. He was the first catcher to win the title, and Hargrave’s average is still the major-league record by a catcher. His streak continued with a .308 batting average in 1927 but ended when he hit .295 in 1928. Hargrave’s career ended in 1930 with the Yankees when he hit .278. He finished with a .310 lifetime batting average over 12 seasons with 29 home runs.

The former Bishop Luers football and baseball star, has become one of Major League Baseball’s best defensive outfielders, winning a gold glove in and a platinum glove as the best defensive player in the American League in 2015. He made his MLB debut with Tampa Bay in the wild card playoff game in 2013. During his rookie season, he hit .263 with 10 home runs in 108 games and was gold glove finalist. His hit .263 again during his second season with 10 home runs, and his third season was recently interrupted by fractured bones in his left hand on May 21 but he’s back in the lineup now.

Born in Fort Wayne, Miller grew up in Columbia City before earning all-Big Ten honors at Indiana. He got his chance in the Majors in 1973 with the San Francisco Giants and stuck for four seasons. He played 99 games in 1975, hitting .288 with 31 RBI. Some of his highlights that year include a 13-game hitting streak, belting his first and only major-league home run off Clay Kirby in Cincinnati, a 4-for-4 day in Montreal and five game-winning hits. After retiring, Miller became a North Side teacher and coach and was a 2012 Indiana Baseball Hall of Fame inductee.

A first-round draft pick out of Norwell in 2007, when healthy, Parker has been a top-notch pitcher. His career mark is 25-16 with a 3.68 ERA in 62 starts and 275 strikeouts over his three-years with Oakland, but he’s had to undergo three Tommy John surgeries and is recovering from the third. Among his highlights, Parker threw seven innings of no-hit ball against Texas on June 4, 2012, he started two games in the 2012 playoffs against Detroit and finished fifth in the Rookie of the Year voting. In 2013, he threw 19 consecutive starts without a loss and started another playoff game.

Reith, a Concordia Lutheran graduate, pitched for the Cincinnati Reds from 2001 to 2004 before going back to the minors in 2005. He was drafted in the sixth round by the New York Yankees in 1996 and made his Major League Baseball debut with the Reds in 2001. His major league totals were a 4-12 career record and one save in 73 appearances, including nine starts, with a 5.92 earned-run average. He spent the 2005 season playing with the AAA Indianapolis Indians, but a torn labrum requiring surgery led to the end of his career in 2006.

Born in South Bend, Replogle and his family moved to Fort Wayne where he graduated from Snider in 1972. Replogle pitched for two seasons for the Milwaukee Brewers, going 9-5 with a 3.92 ERA in 1978. He started 18 games that season with three complete games and two shutouts, striking out 41 batters in 149 1/3 innings. He made his major-league debut on April 11, 1978, against the Yankees at County Stadium, facing one batter in relief and giving up a hit. Replogle went on to pitch in 32 games that season. His final game in the majors was Sept.30, 1979.