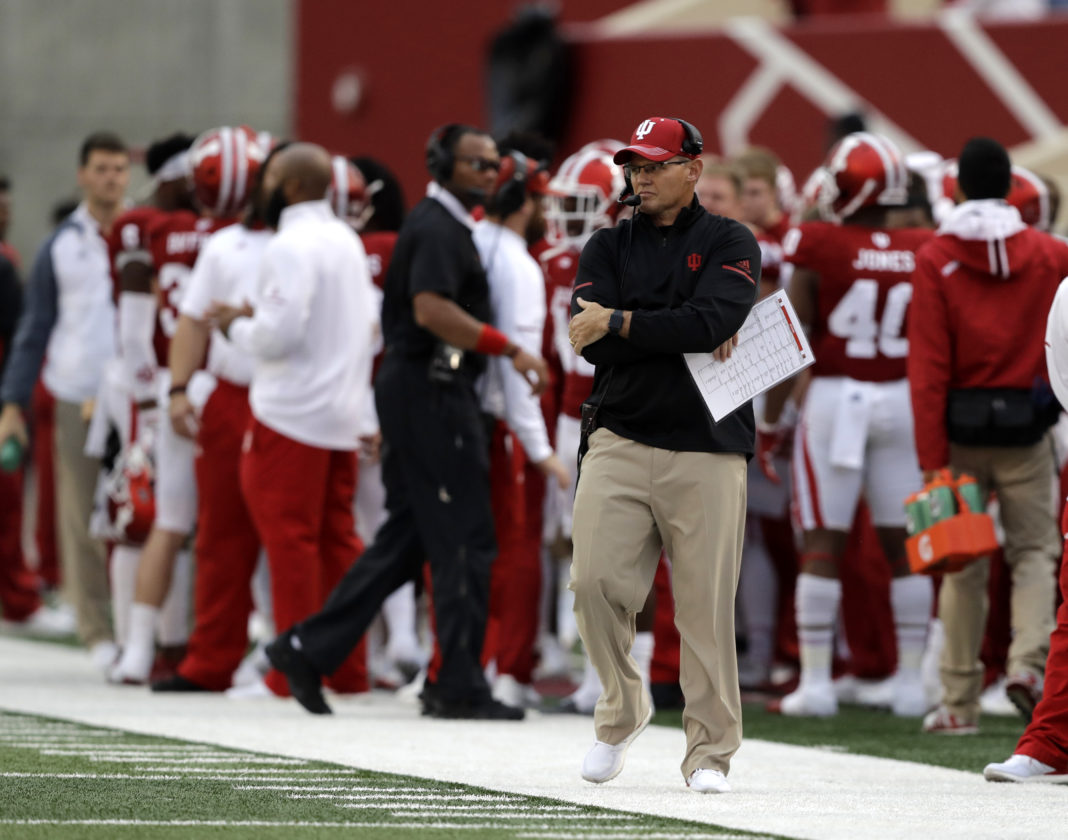 Indiana head coach Tom Allen during a game against Rutgers on Nov. 18 in Bloomington. (Photo by the Associated Press)

Indiana University football coach Tom Allen’s quarterback quandary won’t be solved in the early days of fall practice. And he’s good with that.

The emphasis on competition between returning redshirt sophomore Peyton Ramsey, graduate transfer Brandon Dawkins and true freshman Michael Penix Jr., is designed to produce the best outcome for the Hoosiers.

Until that time, Allen said he will try to give the three quarterbacks close to equal repetitions.

“It will be a priority to create practice opportunities where those three guys are given equal opportunity to prove what they can do,” Allen said. “We do two-minute type drills at the end of practice. I could see us setting up three of those. …It would be a chance for all three guys to take their shot and move the football.”

Ramsey played in nine games for IU last season completing 65.4 percent of his passes for 1,252 yards, 10 touchdowns and five interceptions. Dawkins played 23 games in his Arizona career, starting 14, throwing for 2,412 yards, 15 touchdowns and 12 interceptions and rushing for 1,582 yards (6.8 per carry) with 20 touchdowns.

Allen prefers a dual-threat quarterback, which Ramsey, Dawkins and Penix all display to one degree or another.

It might be assumed Dawkins had an inside track once he decided to transfer to the Hoosiers for one final season. He has the most game-time experience, is the oldest and likely wouldn’t have picked the Hoosiers unless he expected to step in and play.

But while Allen said he is impressed with Dawkins’ emergence in the program over the summer, he said he did not make any guarantees for the fall.

“He’s coming here to compete to play, coming here to be the starting quarterback, but I told him he’d have to come here and earn it,” Allen said. “Make plays and prove he’s the guy.”

Allen said he has been pleased with how the quarterbacks have interacted as teammates, even as they compete for the starting role.