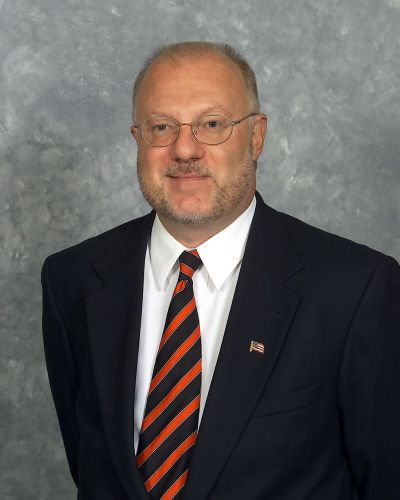 Komets General Manager David Franke said Monday afternoon he expects to hear within two weeks if Fort Wayne will have an affiliation with the NHL’s Vegas Golden Knights and the AHL’s Chicago Wolves.

“It’s more in their hands now and I’m just waiting for them to get some paperwork back to me,” Franke said. “They are very receptive and they’ve been helping out, and that’s about all I can say right now.”

The Komets have strong ties with both teams as former Fort Wayne assistant Gerard Gallant is head coach of Stanley Cup finalist Vegas, and Fort Wayne management has strong ties with Wolves owner Don Levin, General Manager Wendell Young and Director of Hockey Operations Gene Ubriaco from the Komets’ time in the International Hockey League in the 1990s. Ubriaco regularly makes trips to Fort Wayne to check out ECHL players.

“It has always been a good relationship,” Franke said. “We know them and they know us so there’s a good comfort level there.”

The Wolves, who are celebrating their 25th season, lost their previous ECHL affiliate when the Quad City Mallards folded in May.

Franke said the number of players involved would likely be three, possibly four, including a goaltender. That affects the Komets’ negotiations with Michael Houser.

“That’s all going to depend if we get affiliated or not,” Franke said. “We’re kind of in a holding pattern on Michael, and he’s aware of that. If this thing comes to fruition we would probably get a No. 1 goalie and that would likely leave Michael out because I’m sure he doesn’t want to be a backup or a No. 2.”

Franke also said the Komets are continuing to negotiate with potential returning forwards Marc-Olivier Roy and Dennis Kravchenko and could make some more player announcements this week. There are currently 15 players under contract preparing for training camp which opens Oct. 1.

Trainer Matt Willett and equipment managers Joe Franke and his son Aaron will also return for the 2018-19 season. Joe Franke, who started his first stint with the Komets in 1979, has worked more than 3,000 regular-season and 200 playoff games in Fort Wayne.