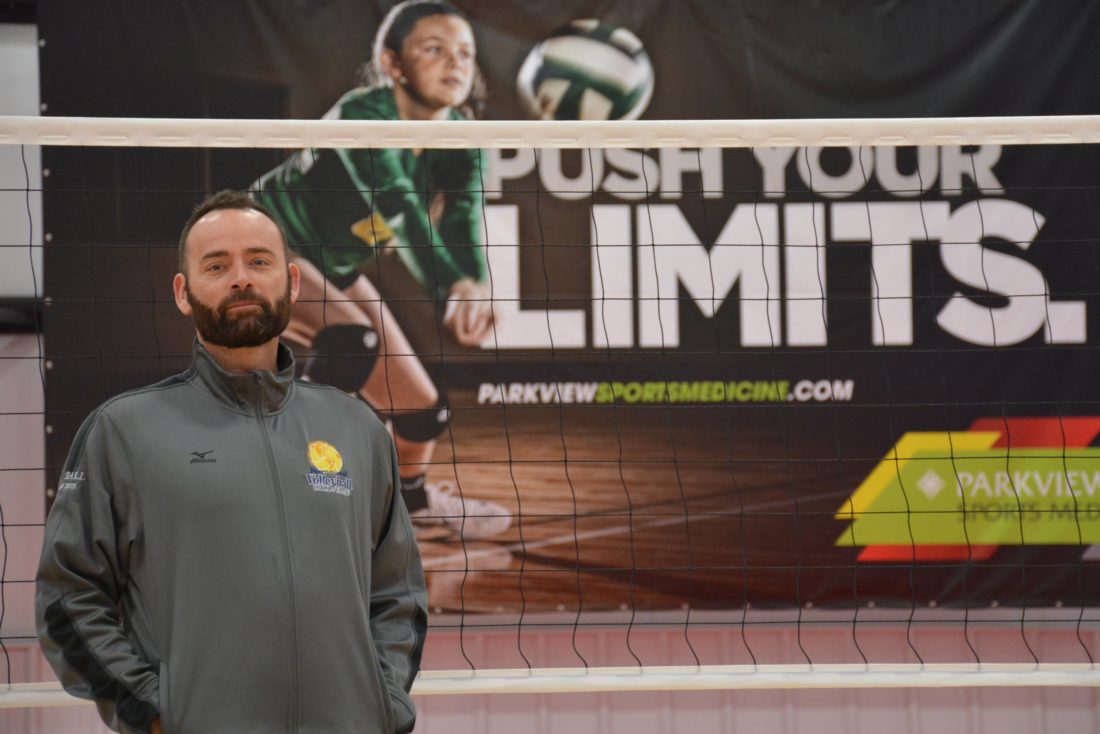 Lloy Ball at Ball Sports Academy in Angola on March 12, 2018. (Photo by Dan Vance of The News-Sentinel)

“I love the Olympics, and I love sports,” said Ball who won a gold medal as the setter of the United States men’s volleyball team in 2008. “I love the good those two things stand for. I think the Special Olympics is a perfect example of that.”

Students from Team Pineapple junior club and Ball’s Angola High School girls team will combine with Special Olympic athletes to play unified volleyball games. Each athlete will receive a T-shirt and a day of sports, fun and friendship.

Special Olympics members from Steuben, Allen, DeKalb, Huntington, Whitley, Noble, Adams and Wells counties have been invited, said Donna Hazelett, Allen County Coordinator and Sports Director. “We’re going to see how it goes for a one-day event and then we’ll see what we want to do in the future. We’re very excited about it. I think it will be a great learning experience for everyone.”