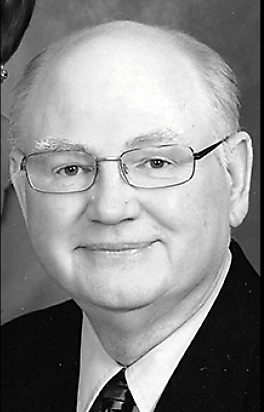 Former News-Sentinel sportswriter and Ball State sports information specialist John Ginter passed away Sunday at University Heights Health and Living in Greenwood at the age of 68.

“John joined The News-Sentinel sports staff in my earliest days with the newspaper in the early 1970s, and he and I became good friends both on the job and off,” former News-Sentinel Editor and 46-year staff member Kerry Hubartt said. “He was passionate about sports and became an aggressive sportswriter who contributed greatly to local sports coverage in the relatively short time he remained with the newspaper. John was a young man of faith and integrity, which showed up in his work ethic and the quality of his reporting.”

Ginter often wrote the column “Johnny on the Sport.” A 1968 graduate of Elmhurst High School and from Ball State in 1972, Ginter returned to Muncie after leaving The News-Sentinel to work in the sports information department for 15 years. He then published the Ball State sports magazine Cardinals Illustrated, taught journalism classes and wrote the book “Baseball at Ball State.”

Ginter loved to travel and three years ago he and his wife Marilyn toured Hawaii to complete their goal of visiting all 50 states. His greatest enjoyment came in watching his seven grandchildren play sports, and he was a long-time member of Grace Baptist Church where he served in many capacities including Sunday school teacher, head usher and deacon.

Calling hours will be from 6-8 p.m. Friday at Grace Baptist Church, 6401 W. River Road in Muncie or one hour prior to the service on Saturday.

A memorial service will be held at 11 a.m. Saturday at Grace Baptist Church.