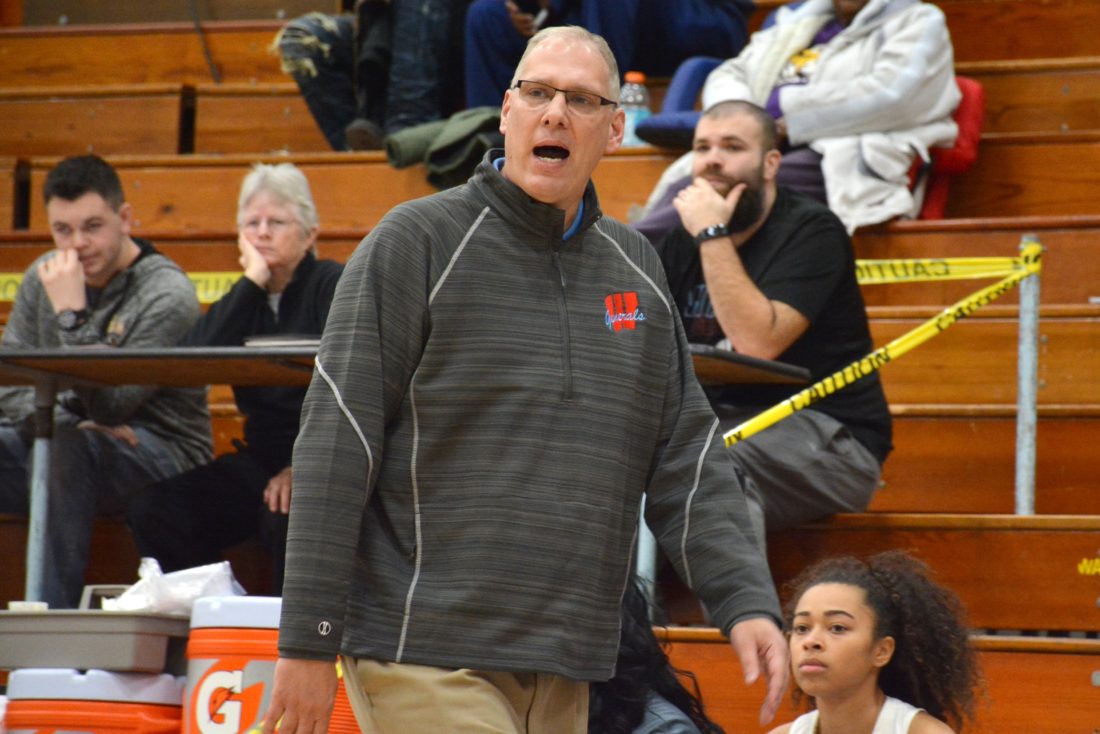 Kip Jones talks to his Wayne girls basketball team as they play Snider on December 27, 2017 at Wayne High School as part of the SAC Holiday Tournament. (Photo by Dan Vance of The News-Sentinel)

After two seasons, Kip Jones is no longer the girls basketball coach at Wayne High School, the athletic office at Wayne confirmed to News-Sentinel.com on Wednesday.

The position has been posted through Fort Wayne Community Schools, but the school confirms that no interviews have taken place.

Jones did not find many wins during his two seasons at Wayne, going 3-41. The team has scored wins over Adams Central and Blackhawk Christian during that two year stretch, while going 0-18 in Summit Athletic Conference regular season play. Wayne last had a winning record during the 2014-15 season under Todd France. They have had just two winning seasons in the last 18 years.

Jones had previously been the head girls coach at South Adams during the 2009 and 2010 seasons, going 10-31. In 2010, Jones then joined the coaching staff for the IPFW women’s basketball program, where he was promoted to first assistant and recruiting coordinator during his second year.

After attending Bellmont High School, Jones graduated from Purdue University in 1990 after playing for the Boilermakers. He played briefly overseas.