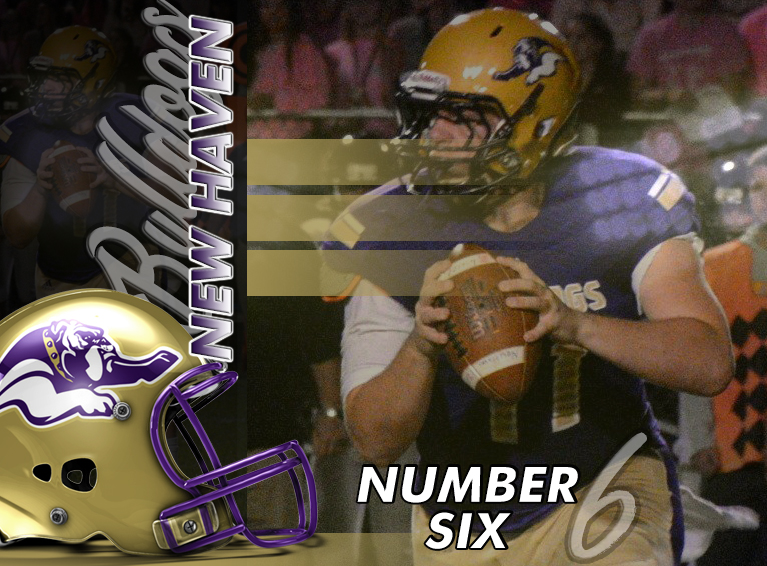 New Haven has had seven or more wins in eight straight seasons, including a tremendous 20-3 mark over the last two years under longtime coach Jim Rowland, who stepped down after last season.

Linn was part of that journey and puts on the main man’s headset this time around. He’s a defensive-oriented coach, so to bolster his offense he brought in offensive coordinator Chris Schenkel, who coached at Homestead recently after previously coaching at New Haven.

“There’s not so much defensively to learn because we’ll have the same scheme,” Linn said. “But with Coach Schenkel calling the offense, we’ll have new terminology and formations and new ways to get plays in, and they’ve done a great job picking that up. It’s a complicated offense from the outside and it’s most of the way installed.”

Linn said he inherits a program in great shape and with high self-imposed standards.

“We’ve been consistently ranked in the Top 10 in the state for four or five years and we’ve reached the point where we always have juniors and seniors starting, and not so many sophomores and freshmen,” Linn said. “We’ll start a couple sophomores, but not many.”

The Bulldogs will be expected to again compete with East Noble and Leo for the Northeast 8 Conference title, which the three shared a year ago.

While there are some pieces to fill on the line with the graduation of Luke Watson, Geoff Johnson and Cameron Napier, three skilled players return to offer big potential for the offense.

Quarterback Tim Jordan took over in a comeback win over Leo and finished the season with some impressive numbers: 118 of 179 passing (65.9 percent) for 1,421 yards, 13 touchdowns and four interceptions. He’ll be joined by returning running back Stephen Owens, who rushed for 1,196 yards (6.5 yards per carry) and 15 touchdowns and was a first-team All-NE8 performer. The top returning receiver, Kentrel Thomas, caught 36 passes for 460 yards and six touchdowns.

Junior Josh Grigsby and senior Caleb Salinas return on the offensive line and will need to pave the way. Other possible linemen include junior Josh Salinas and sophomore Stephan Poiry.

“I like our quarterback,” Linn said. “Tim Jordan became a great leader for us, something that we’ve been lacking. As a senior, he needs to take another step forward. Stephen Owens is a solid leader, too, with Kentrel Thomas.”

Two junior twins, Jamarrion and LaMarrion Hutchins, will be among some possible contributors at receiver, along with slot receiver senior Nick Sexton. Senior Domonique Fowlkes could also be a valuable running back to help ease the load on Owens.

Linn’s experience in running the defense will be vital since the Bulldogs return only two regular starters from a year ago: Thomas, a free safety who had five interceptions and earned first-team All-NE8 honors, and strong safety Chris Scheid, who picked off three passes and returned one for a touchdown.

Thomas has a sixth sense for the ball in the air and Scheid is a hard hitter who makes receivers pay when they come his way.

Owens is likely to spend some time at outside linebacker and other potential contributors include senior defensive lineman Sam Handshew, senior linebacker Domonique Wesley and junior defensive tackle Alvontay Gaines.

Plenty of positions were open for competition as camp began.

“We have four linebackers who have been duking it out over the summer for the starting spots,” Linn said. “It’s been great, it’s been fun.”