REGGIE HAYES: What should we expect from Andrew Luck in Indianapolis Colts’ first preseason game? 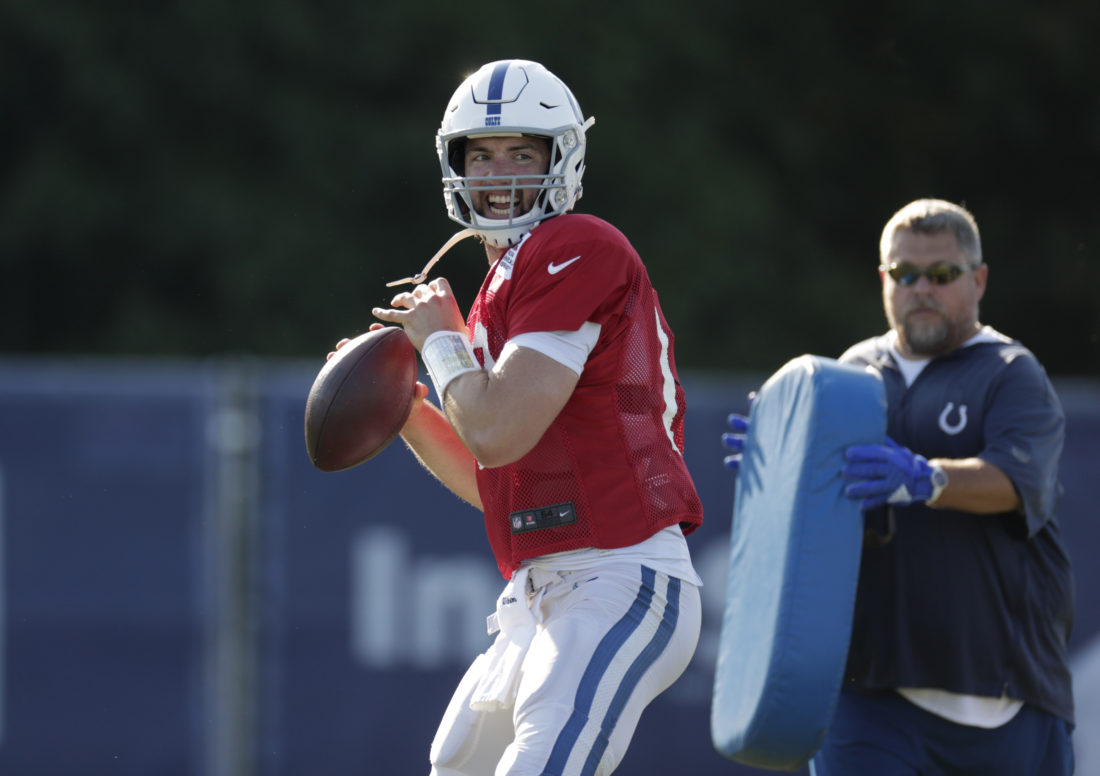 Andrew Luck is about to make an NFL preseason game matter. At least for a few plays.

Luck will be back at quarterback for the Indianapolis Colts for the first time since 2016 when they play at the Seattle Seahawks in their first preseason game at 10 p.m. eastern time Thursday (FOX, Ch. 55).

Luck’s upbeat attitude indicates he’s mentally ready to get back behind the wheel or on the bike or (insert your favorite analogy here).

So what can we expect to see out of Luck on Thursday night?

Colts coach Frank Reich said last week he didn’t want to be pinned down on how many plays or series Luck would play in the opener. The indication seems to be a normal first preseason schedule, which would generally be a quarter or less of action, depending on the length of series played.

Offensive coordinator Nick Sirianni gave his thoughts about what he wants to see out of Luck on Thursday.

In other words, Sirianni wants Luck to look like a normal starting quarterback.

It has been so long since we’ve seen Luck in action – true game action, not scripted practice with no contact on the quarterback – it’s hard to know what to expect.

The ideal scenario for Colts fans would be to see these things from Luck on Thursday:

A look of comfort

It’s hard to define, but we’ll know it when we see it. Will Luck look like the quarterback he was in 2013 and 2014, when he was ascending in the league? Will he be smooth in his drop back, confident in his appearance, reading the defense with the guile of a veteran? Simply put, will he look the part?

This can be misleading because the preseason is a time for finding timing rather than perfecting it. But Luck has some targets he is very familiar with, namely T.Y. Hilton and Jack Doyle. He says he is becoming more comfortable with less-familiar targets Ryan Grant and Eric Ebron. Timing is the issue, and it’s not always on the quarterback. Route running that’s slightly off can result in a throw that looks inaccurate – maybe even resulting in an interception – but is not even a little the fault of the quarterback.

We all want to see this, right? We want to see Luck uncork at least one deep, deep ball to Hilton along the sidelines, placing it right over his shoulder for a huge gain. Even if it’s incomplete, if it looks like the deep ball of old, it’ll be a first-game-back win. The sight of the ultimate test in arm strength in action would allow Colts fans to breath a huge sigh of relief.

Bouncing up from a hit

Ideally, the Colts don’t want Luck to take too big of a hit in the first preseason game. But hits are inevitable as this season moves forward. In 2016, the last time Luck was on the field, he was sacked 41 times. The Colts would like to see sack numbers more in the 20s if possible, but it’s inevitable he’s going to get hit. So, ideally, the Seahawks get a nice, clean tackle on Luck and he bounces back up, tells the tackler what a great hit he delivered and runs to the next play.

The more normal Luck looks, the better. Spectacular plays can wait for now.