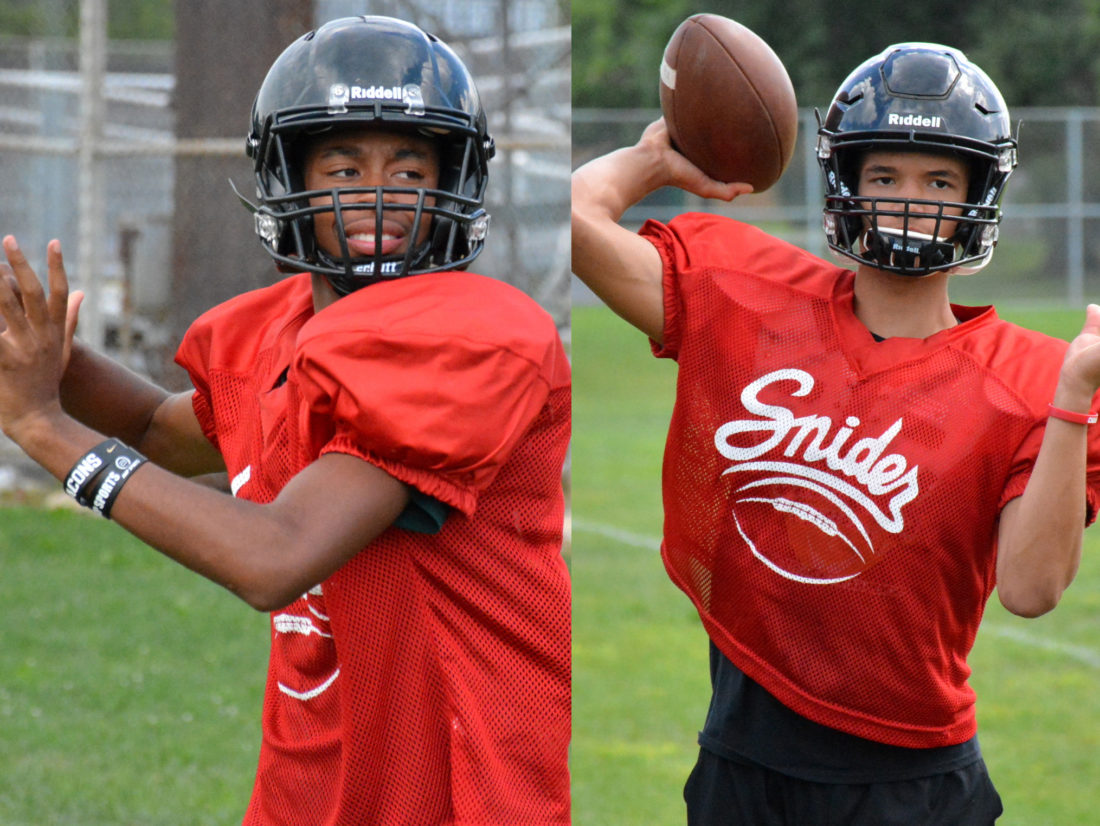 With the high school football season just three days away, it’s time to learn the names of new or less-familiar players who will be making impacts this fall.

Here are 10 players to put on your radar, if you don’t have them there already:

The Panthers graduated talented leader Michael Haupert so they’ll turn to either junior Barnes or sophomore Taylor. Barnes has shown his leadership skills as a point guard on the basketball court. Taylor is the son of former University of Saint Francis standout and indoor football pro Antoine Sr. Both are accurate passers. Taylor, at 6-foot-1, is the taller of the two. Barnes is 5-10. Both are on the light side.

According to Blake Sebring’s preview of the ACAC, Castleman can bench press 425 pounds. That’s impressive. Castleman, an offensive and defensive lineman, isn’t merely in the trenches. He runs the trenches. In addition to paving the way for Woodlan’s run game, he logged 107 tackles last season. He doesn’t seem to ever tire.

You can spot him easily. He’s 6-foot-3, 245 pounds and he was recognized enough to earn Indiana Football Coaches Association Junior All-State honors a year ago. He’ll be the anchor of the defensive line for the Eagles, who hope to break into the Top 3 in the Northeast 8 Conference.

Jordan had a nice debut last season as he took over as the Bulldogs’ quarterback, but this year he’ll be running a new offense under coach Jimmy Linn and coordinator Chris Schenkel. Look for Jordan to sling the football to a wide variety of talented players, including speedy receiver Kentrel Thomas.

Fans of ACAC teams have no trouble identifying Macklin, who rushed for 1,542 yards and 16 touchdowns last season. He also led the Flying Jets with 102 tackles. If your team plays Adams Central, this guy will be everywhere, giving you lingering nightmares in the aftermath.

Parker has been waiting patiently in the wings behind Andrew McCormick, now at Indiana State. As a result, many people outside of Kendallville don’t know much about Parker. Coach Luke Amstutz thinks highly of his skills and believes Parker can step in and keep the Knights’ offense running smoothly and making another NE8 title run.

There are some big shoes to fill on the Panthers’ D-line with the graduation of Lawrence Johnson and Zach McDowell. Scott is a big one (6-foot-3, 210 pounds) and coach Kurt Tippmann likes what he’s done to prepare for the season. “Everybody will say, ‘Where’d this guy come from?’ ” Tippmann said. “He’ll be a senior, but a new face that’s grown up and developed. He’s a talented kid; he just needs to continue to work.”

Wertman rushed for 778 yards and eight touchdowns a year ago. Leo returns with a strong offensive line and a veteran quarterback (AJ Restivo) that should help pave the way for Wertman to get more touches and more opportunities this season. The 5-6, 190-pound Wertman is strong, tough and elusive.

Everyone talks about Ohio State commit Craig Young, and with good reasons. He’s a spectacular talent. But it’ll be up to Young to direct the offense. Last year, he threw for 1,407 yards and 13 touchdowns and rushed for six more touchdowns. If he can reduce his interceptions (15 in 2017) he’ll make Wayne’s offense even more formidable.