of The Associated Press 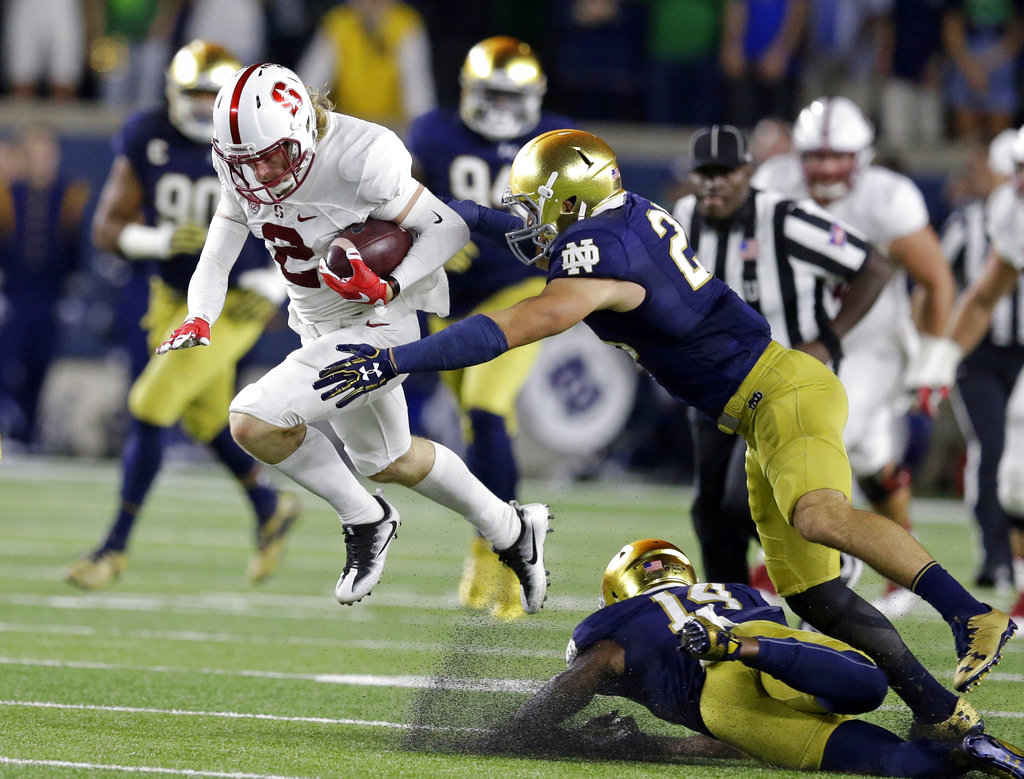 The 4-2-5 defense that former coordinator Mike Elko and Lea brought with them from Wake Forest helped Notre Dame rebound from a 4-8 campaign in 2016 to a 10-3 finish a year ago.

As he nears the start of his ninth season at Notre Dame, Kelly sees no reason why a defense returning 10 starters can’t be even better under Lea, the linebacker coach who moved up when Elko left for Texas A&M.

“I think our defense is pretty good,” Kelly said. “We’ve got some guys on the second team who could be on the first. They are playing better, they are much more aware of the defense, and I think Clark has done a very good job making sure he communicates that.”

The 2018 unit will feature some old faces in some new places: Last season’s rover, Drue Tranquill, returns for his fifth season at weakside linebacker, senior Te’von Coney moves over to middle linebacker and senior Jerry Tillery moves from nose guard to tackle, where Lea can take better advantage of his pass-rushing skills.

All three had a chance to leave for the NFL but decided to come back for what the cerebral Tranquill (an honors graduate with a mechanical engineering degree) calls “another rodeo” and a chance to end Notre Dame’s three-decade drought since its last national championship in 1988.

“The defense knows we have to be better,” said Tranquill, who had 85 tackles, including 10½ tackles for loss, in 2017. “People want to point to the great improvements we made from the year before. But the bottom line was, if you look at the numbers, we were average.”

“In year two, I’m more comfortable with the system,” said Coney, who led the Irish with 116 tackles and 13 tackles for loss. “It helps to be able to go out there and just play fast.”

The Irish should be better in the secondary, particularly at strong safety where junior Alohi Gilman, who sat out last year after transferring from Navy, is ahead of junior Jalen Elliott. Much-improved senior Nick Coleman is ahead of true freshman Houston Griffith at free safety. Junior Julian Love, who had a school-record 20 passes broken up and returned two of his three interceptions for touchdowns, holds down one corner, while junior Tony Pride has an edge over senior Shaun Crawford at the other.

Tillery led the team with 4½ sacks among his 56 stops at nose guard, where senior Jonathan Bonner now holds down the fort. They anchor a front four that is at least two-deep at each position.

In fact, junior defensive end Daelin Hayes, who started 12 games, finds himself behind Julian Okwara. The other end, junior Khalid Kareem, didn’t even start in 2017.

“It’s on us to set the tone in games and maintain that throughout the season,” Hayes said. “I think the defense is the heartbeat of this team.”